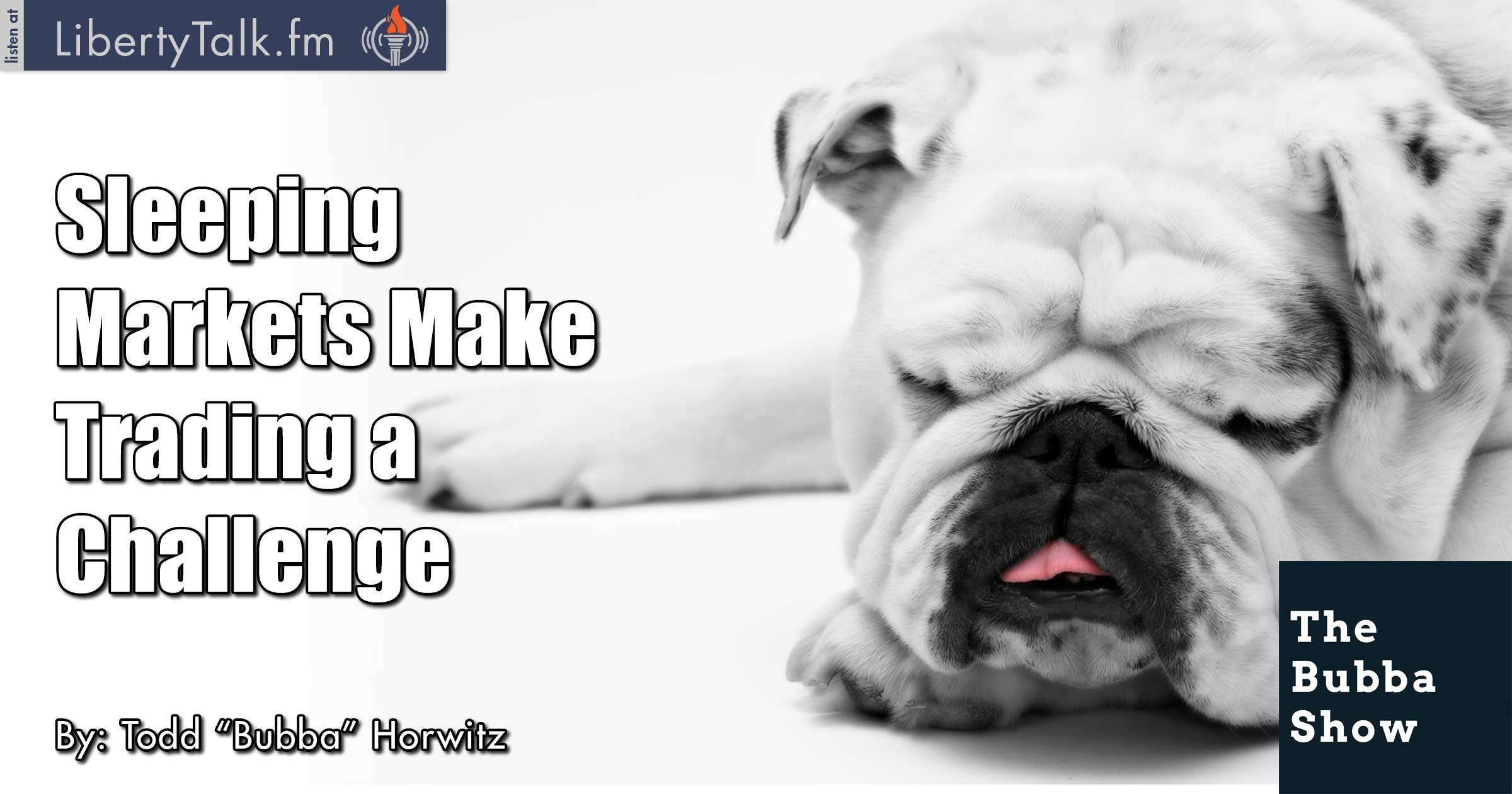 The markets have gone to sleep and nobody cares. Today on The Bubba Show, Bubba talks about the lack of action, explaining that markets with no trade, no volume and no volatility makes trading very challenging. There is a huge move coming and it could go either way, but there is no telling when it will come or which direction.

Bubba talks about the 5 stocks that are leading the markets to drift higher and why this is like 1999 all over again. The markets can be irrational longer than we think and trying to time the next big move is the same as flipping a coin. Markets do not announce themselves and being ready to go when the time is right is the most important place to be.

The middle class is still in a recession and all the doctored reports won’t change that. The pundit cheerleaders will change the absolute facts to pump up investors, when in reality, we are earning less money at a pace of 19% over a lifetime. The treasury has collected less this year than in years past, only proving Bubba’s point that the economy is still struggling.

How and when will it end? Bubba talks about the factors that will affect the markets, but the biggest problem will always come down to debt. The system has too much debt and there is no sign that is going to change anytime soon. Bubba urges investors to be cautious and not become overleveraged.