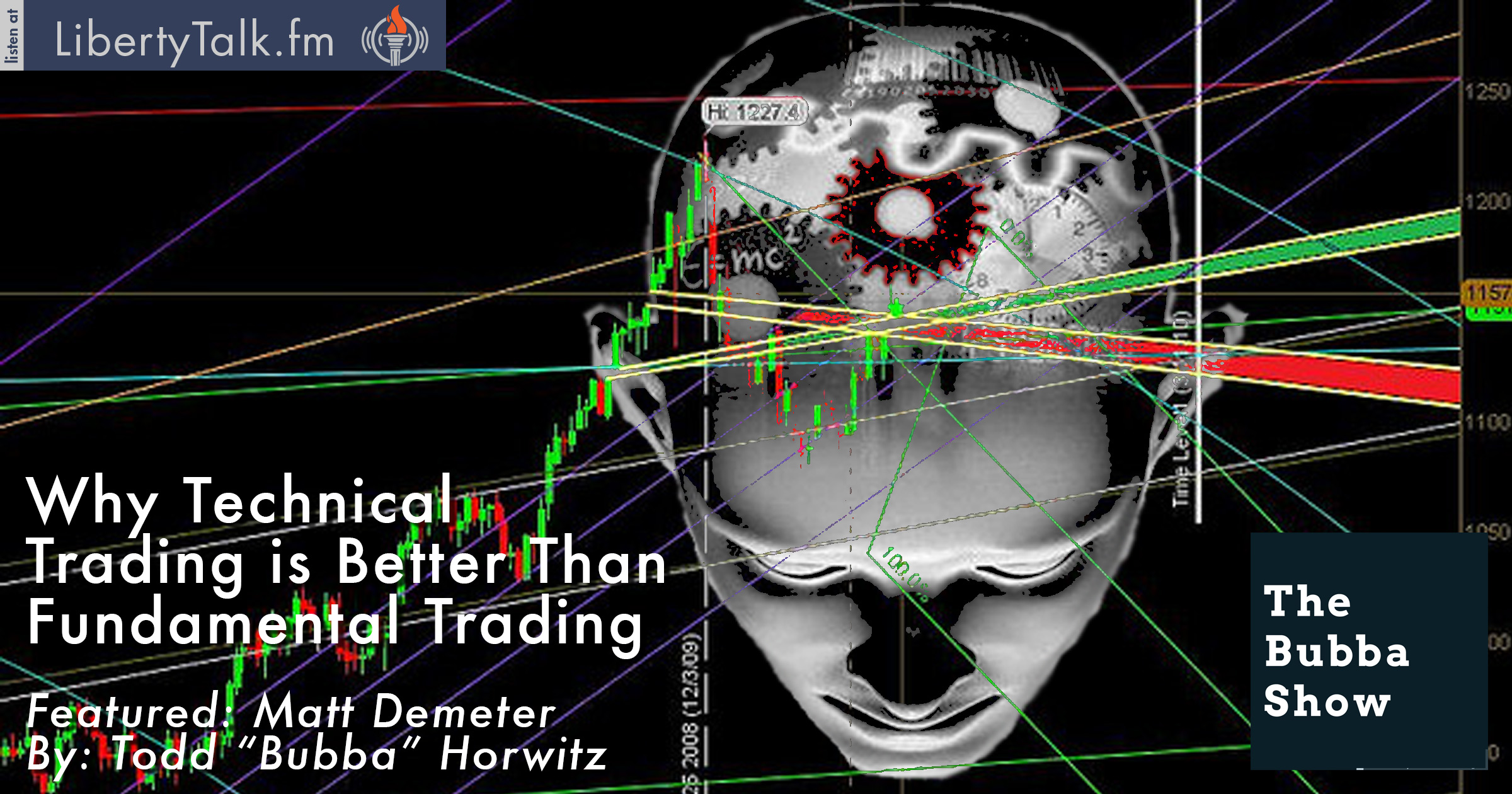 Media Noise Should Not Affect Your Decision Making

Today, on The Bubba Show, Todd introduces Matt Demeter. Matt talks about his transition from a scientist to technical analysis fifteen years ago. He describes his experience trading bio tech stocks during the dot. Com bubble. He said that the experience changed the way he looked at equities at first he worked with fundamentals but eventually he looked to technical trading and realized that price movement wasn’t random but was governed by supply and demand.

Matt describes how he got into the business of managing money. Originally his parents needed someone to manage money and so did his associates, so he started a small management company ten years ago. Matt describes how he runs his funds. He follows thirty different products that range from equities to commodities to currencies. He diversifies his capital among the different products to create his portfolio. He then weights the portfolio by a capital allocation.

Matt comments that media noise doesn’t affect his decision making. Matt comments that he believed that Gold made a major bottom on September 11. Bubba and Matt agree that the Fed is not going to raise rates in the near term. Matt said that he doesn’t know how the market will react to a Fed rate increase.