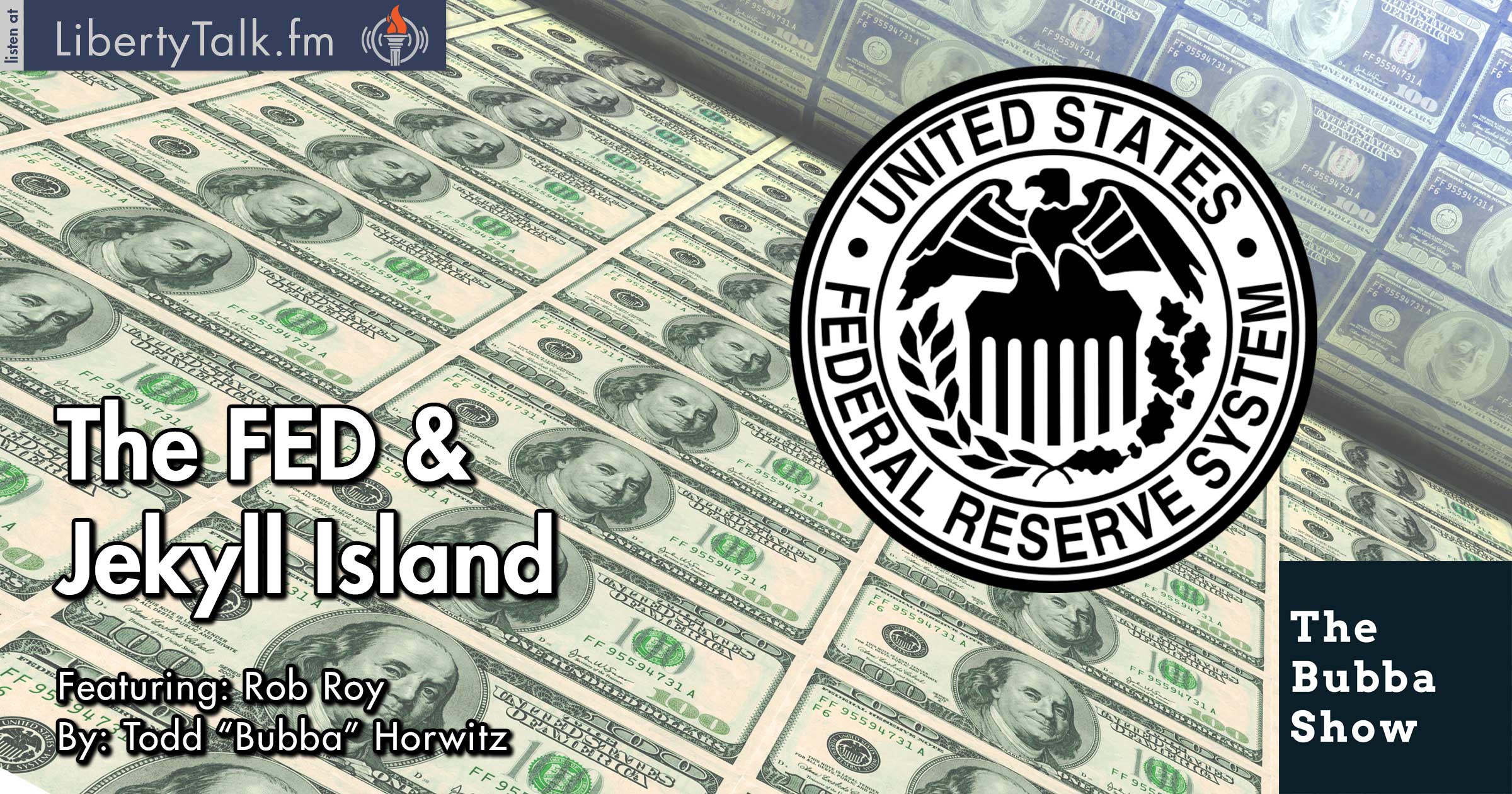 Gaining Control of a Monetary System

As promised on Wednesday, Rob Roy is back to further discuss the FED. He begins with the story of Jekyll Island and how the FED was built. Rob explains that the reason we left England in the first place was to get away from central banks and a system of socialism. Bubba and Roy talk about some of the conspiracy theories surrounding the FED.

The Rothschild’s and others created the FED in order to gain control of the monetary system, which in turn has led to the destruction of the dollar. The FED is very misleading, as many people do not realize that the FED is in fact a private corporation. Many believe that it is just another arm of the government and are acting like the government.

Rob and Bubba discuss the detrimental blow to the system by the too-big-to-fail. Banks and companies should be allowed to fail like anyone else, instead too many have been saved on the backs of the taxpayers and this is where the system fails its citizens. Rob explains that banks and the FDIC insurance is also a little tricky and not all funds are guaranteed. Bailouts are going to destroy the dollar and the country.

Bubba tells Roy that he feels most banks do not have enough in reserve and that they are creating money just like the FED because of their lending policies. Roy tells a story about a speech he gave and how one individual warned him against talking negatively about the FED. He was told that many have disappeared due to exposing the Federal Reserve.