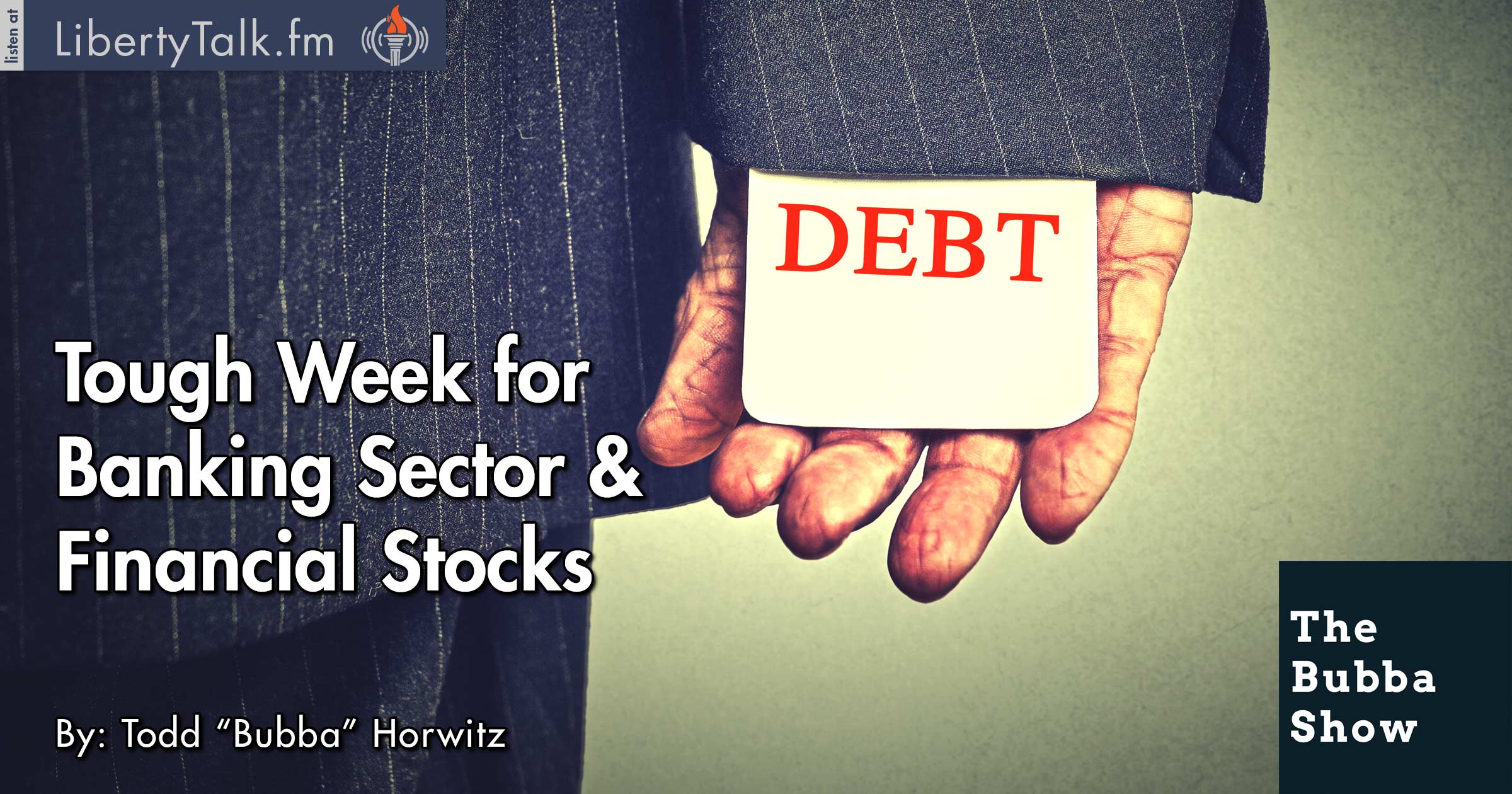 Tough day to be a banker and tougher to be invested in the financial stocks this week. Bubba talks about Deutsche Bank and the problems they are having, they have done it again and are looking for a bail out. Bubba expresses his frustration with the banking industry and how they continue to eat their own, gobbling up the small banks or putting them out of business. It is nice when you can invest risk-free knowing the FED or some central bank is always there to get involved when the going gets rough.

Wells Fargo’s chairman was on the hill again on Thursday getting the crap kicked out of him by a bunch of people who have no understanding of banking or finance, although that does not forgive Wells Fargo for stealing, which is exactly what they did. Bubba explains that they are basically untouchable because they are part of the too-big-to-fail system and the pols are just trying to look good for the election. However, as usual, they are making fools of themselves with questions like, how did you get here?

Bubba warns that this is just another sign of rising debt and the politicians could care less as long as they get theirs. The bigger question is, why do they behave as though we are stupid? Once again, they have solved the debt ceiling, which of course we will pay for and they will celebrate. Bubba shows his anger at the criminal acts that they get away with, explaining that if we did the same thing we would be in jail or bankruptcy court.

Finally, Bubba just about loses his mind talking about the USDA and their current interference in the Cattle markets. Bubba is furious at the destruction of free markets and price discovery, explaining that in everyday life we create markets, whether it be two kids exchanging sandwiches at school or someone buying a house. They make a market and if they both agree, they make the exchange… better known as price discovery.