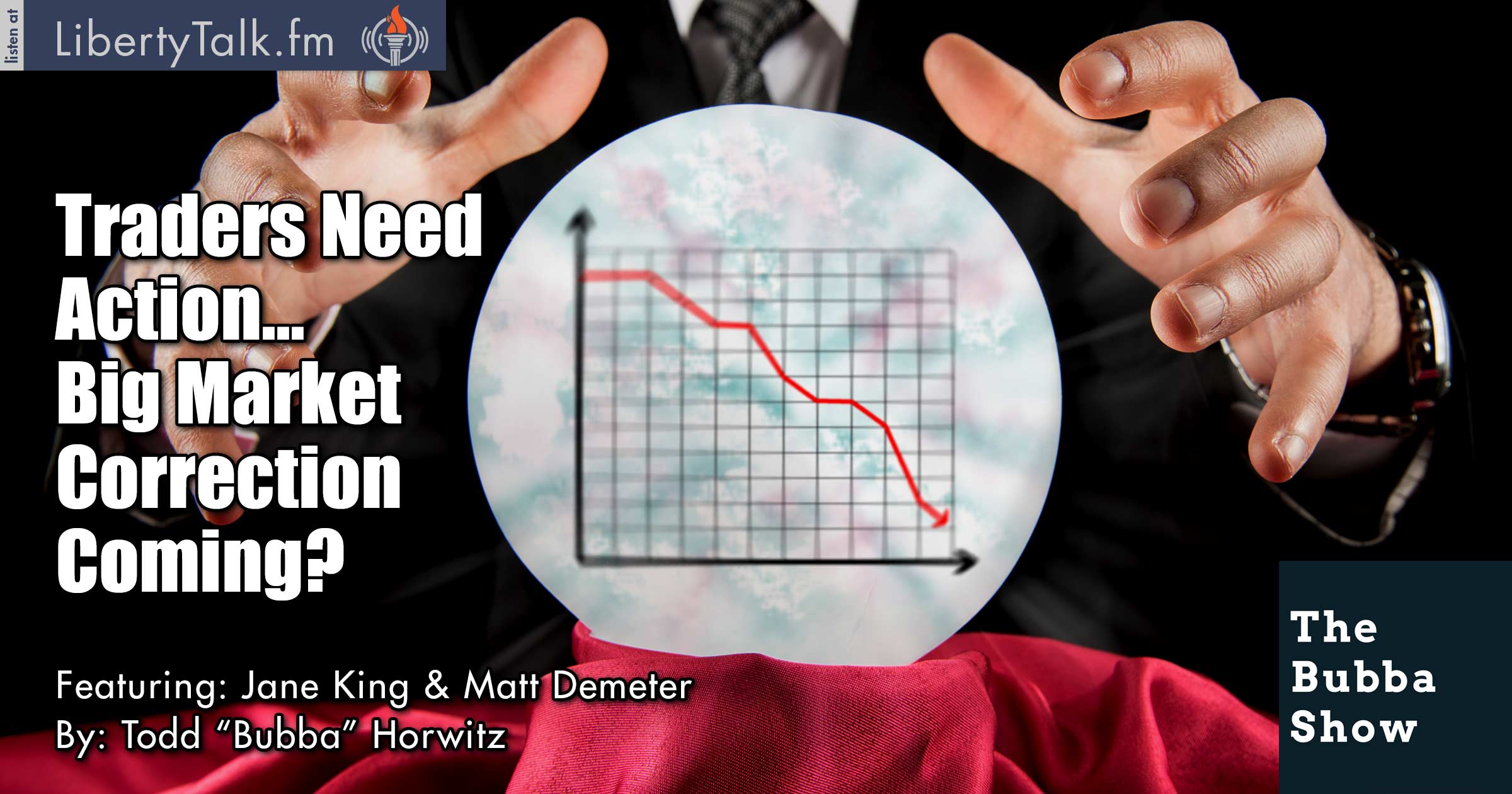 The weekend is over and it’s back to work, but someone forgot to tell the markets as they continue to trade as though they are closed. The lack of volatility and volume are typical this time of year, but it tends to destroy the patience and discipline of traders. Up or down, traders need action.

Bubba welcomes back Jane King of LilaMax Media and the KaChing Report. Jane and Bubba discuss the state of health care and the failure of Obamacare. Jane asserts that the goal of the left is a single payer system, which is why they are so adamant in designing a new plan that coincides with their efforts to destroy capitalism.

Matt Demeter from DemeterResearch.com joins Bubba to break down the technicals in the market place. Matt expresses his frustration, along with Bubba, on the lack of market action. Matt feels that the rally now has legs to go higher once again, although he foresees a big correction coming.

Commodities, the dollar, and other products are next up, Bubba and Matt talk oil, grains, and gold. They are both surprised by the remaining weakness of the dollar as it continues to get crushed.