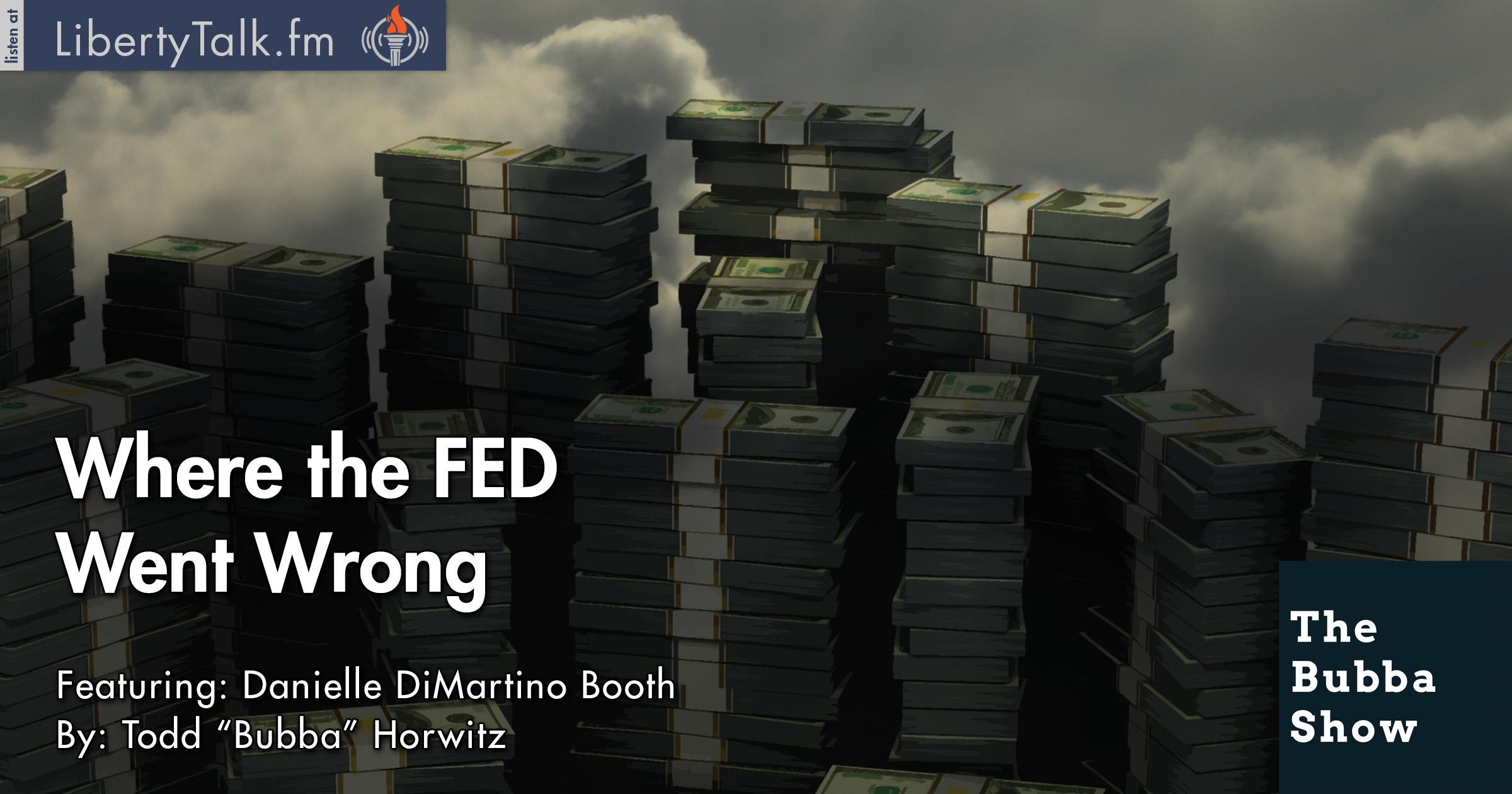 Is Failure the Only Way Out?

On today’s Bubba Show, Danielle DiMartino Booth from Money Strong joins Bubba for the entire show.  Danielle spent nine years as a Senior Financial Analyst with the Federal Reserve of Dallas and served as an Advisor on monetary policy to Dallas Federal Reserve President Richard W. Fisher until his retirement. After spending 10 years with the FED, Danielle talks to Bubba about the issues and problems that have been created by the FED. Danielle holds back nothing as she and Bubba talk opinions, facts and her new company Money Strong.

Bubba decides to go right after it and comes out of the box sounding off on his discontent for the FED. Danielle digs right in explaining where the FED went wrong and how they have created this “House of Cards” that will collapse because of the lack of competency. Danielle believes the system is broken and the free money train must end.

Bubba asks Danielle to lay out her plan and what needs to be done to improve the system. Danielle’s plan includes normalizing rates. What is normal? Danielle believes that the base rate should be set at 2% and never go lower and that the markets and price discovery will sort the markets out, bringing back true free markets.

Danielle tells Bubba that she believes that the system is in such bad shape that failure will actually bring the U.S back stronger in her Money Strong plan. Danielle doesn’t like the mounting debt, believing that the only way out is to let markets fail and rebuild with a much stronger base. Bubba feels that the FED and Central Banks are in collusion and poses that question to Danielle.