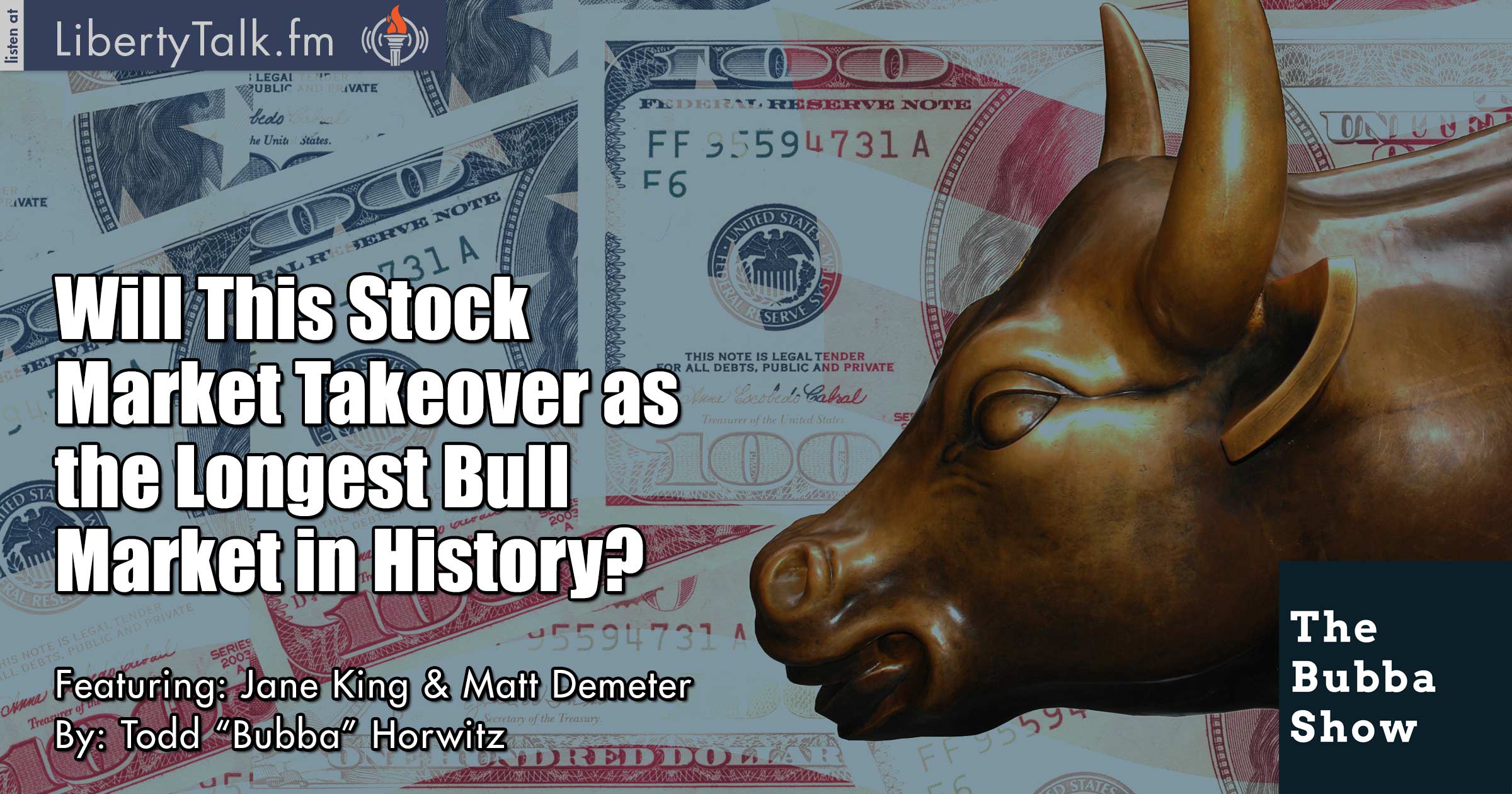 Is Bitcoin on Its Way Out as Leading Crypto?

Markets continue to go higher and are on track for the biggest opening week in the history of the markets. This market is also competing for the longest bull market in history, which rivals the Dot Com bubble of 1991-1999. Bubba comments on the issues of the day.

Jane King from LilaMax Media and author of the KaChing report stops by for her weekly chat to talk about some of the ridiculousness going on in Washington and New York. Jane and Bubba discuss the problems they see with the swamp and the educational system.

The Bubba Show’s technical and cryptocurrency expert, Matt Demeter from DemeterResearch.com joins Bubba next. Matt talks about the crypto space and why he believes Bitcoin is on its way out, as Ethereum is the new hot cryptocurrency and should take over leadership. Matt and Bubba also discuss Ripple.

Bubba and Matt discuss some of the commodities and other currencies. Matt feels that copper and gold are ready to turn over and start to head lower. Although Matt sees crude possibly going a little higher, he is a seller and will add on a rally. Bubba and Matt finish the show discussing the overvaluation of the Euro.