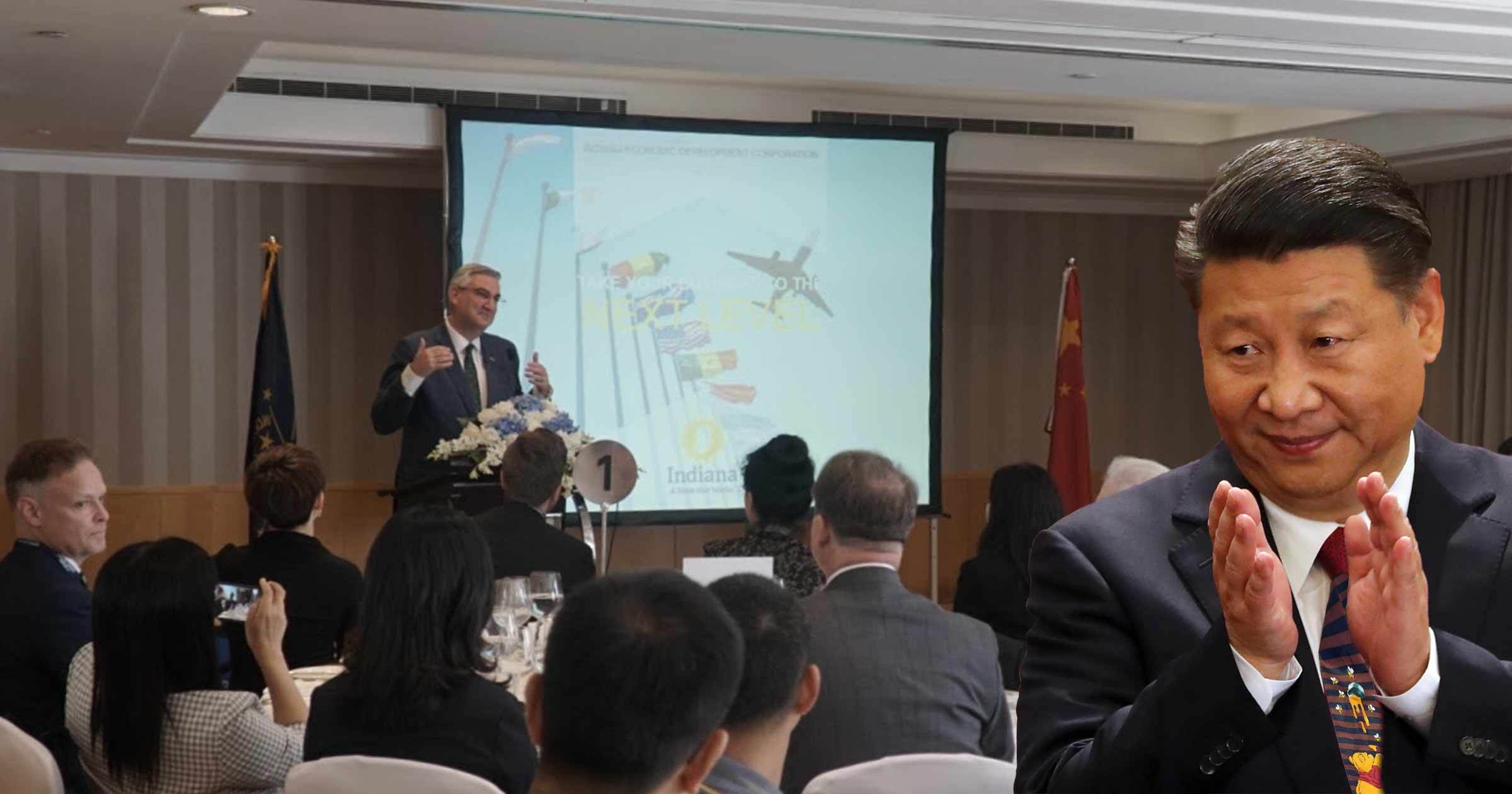 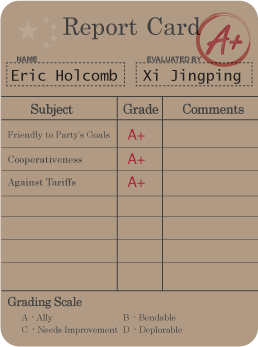 INDIANAPOLIS – In a stunning revelation, Chinese Communists have identified bypassing the federal government and targeting the 50-state governors as the most efficient means of forwarding the communist agenda. Specifically, the report[1, 2] entitled “Panoramic View of US Attitude Towards China – Governors” identifies Indiana Governor Eric Holcomb as being friendly to the party’s goals. The Minzhi International Research Institute, D&C THINK for short, operates out of Beijing and claims to be unaffiliated with the Chinese government.

However, digging further one finds the truth of the matter is that D&C THINK works in partnership with the United Front Work Department, which according to the U.S. Department of State & the U.S.-China Economic and Security Review Commission, reveals UFWD is the official Chinese Communist Party’s influence & propaganda peddling arm.

Even more troubling, the report was originally published last summer in June, a full-three months before Governor Holcomb accepted an invitation to travel to China for an “economic” meeting [3], which he attended with Indiana Secretary of Commerce, Jim Shellinger.

Further, on February 8, 2020, Secretary of State, Mike Pompeo spoke at the National Governors Association Winter Meeting detailing how he was invited last year to the U.S.-China Governors Collaboration Summit for “an occasion for exclusive deal making” the invitation further stating “the opportunities for mutually beneficial economic development between China and our individual states are tremendous.” The event, was co-sponsored by the National Governors Association and Chinese People’s Association for Friendship with Foreign Countries, which turns out to be just another alias for the United Front Work Department.

Secretary of State Mike Pompeo addresses the National Governors Association Winter Meeting and advises he is aware the CPC is seeking to bypass engaging with the federal government to instead target governors “friendly” to the Chinese Communist Party.

Moreover, during his speech, Secretary Pompeo also put attendees on notice regarding the June 2019 report that he is aware the Chinese Communists view at present 17 out of 50 states’ governors (11 republicans and 6 democrats) of which includes Indiana Governor Eric Holcomb, as friendly to the party.

Governor’s Actions Fuel Doubt to His Oath of Office

Sadly, Governor Holcomb’s actions upon returning from his time spent mingling with Chinese Communists and party officials at fancy state dinners, does little to quell growing doubts as to his loyalty to his oath of office, and most especially in the light of his capricious unconstitutional executive orders allowing for the forcible removal of Hoosiers from their homes by the health department as well as burning down the economy for the middle-class and small business owners unto his stay at home order.

Instead, and upon his return in September of last year, the governor opted to forward one specific goal from the UFDW report and took to publicly criticizing the tariffs slapped on China by the Trump Administration, stating tariffs could lead to foreign [read: Chinese] retaliation and could economically hurt Indiana, which is a major manufacturing state and agricultural exporter.[4]

In context, his anti-tariff statement sure seems at best odd,  seeing how his unconstitutional actions have already led to 444,123 Hoosiers out of work[5] and the shuttering of small & medium businesses & farms across the state.

Additionally, following the return from his inaugural trip to glad-hand with murderous Chinese Communists, the governor gushed at the trip’s success and how warmly he was received everywhere he and Commerce Secretary Shellinger went[6]  stating:

“Our time in China was incredibly productive and inspired further ideas for partnerships and collaboration, I’m more than optimistic about the potential for future business investments as well as cultural and academic exchanges between Indiana and China. We were warmly received everywhere we traveled, underscoring the point that this was the perfect time for our visit to broaden and deepen our relations.” 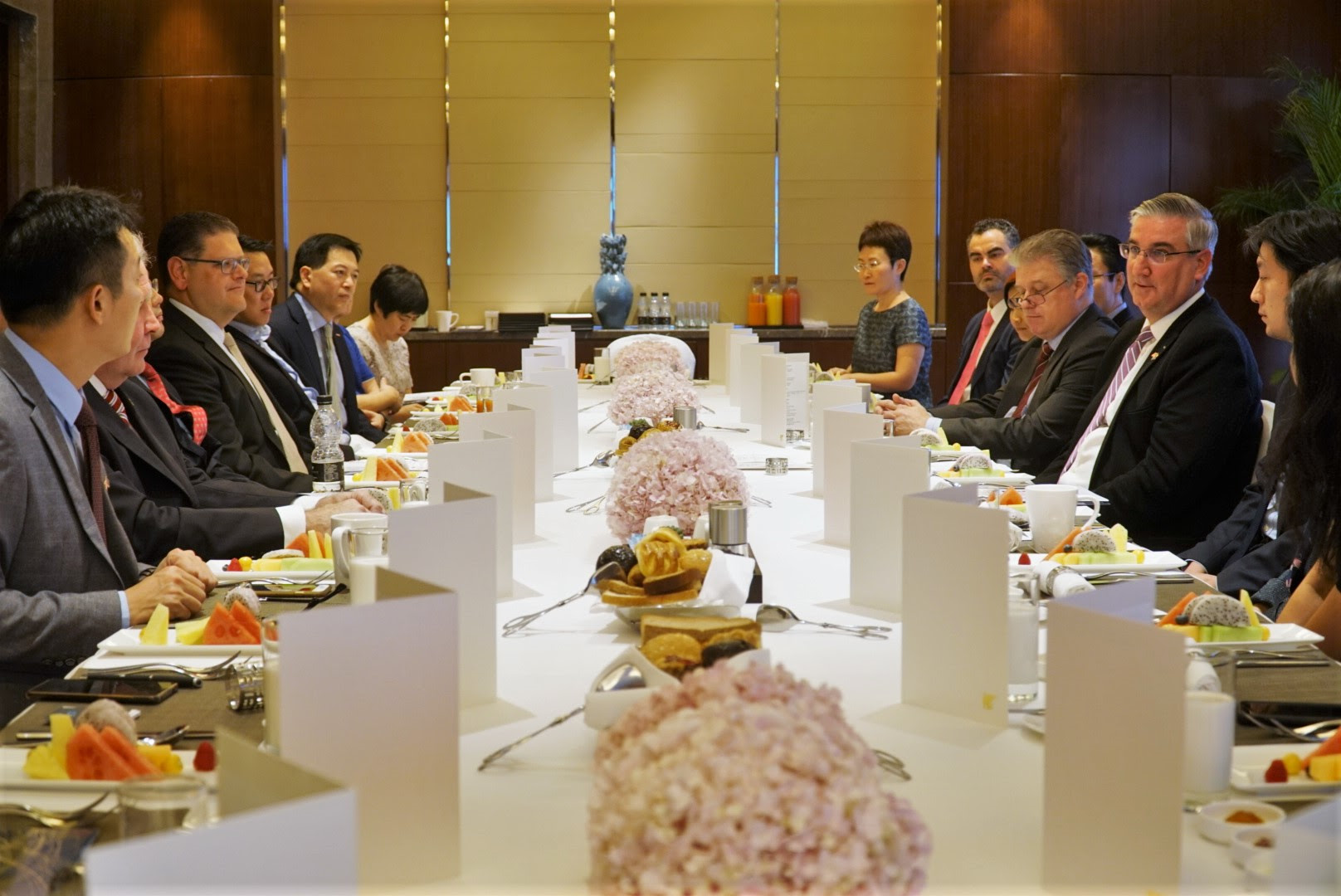 Thus whilst the governor is feeling all warm and fuzzy following his dining with the likes of Communist Party Member Li Xiaolin the Chinese Communists’ Party Secretary, daughter of the Butcher of Beijing, and who was implicated in the Panama Papers, Congressional House Representative Jim Banks continues to sound the alarm over states such as California and Indiana investing the state’s pensions funds tied to Chinese companies that work to support the internment & surveillance of both Chinese citizens and ethnic minorities such as the Uyghurs as reported by the Sacramento Business Journal[7]:

“I am very concerned with any public pension funds from Indiana to California that invest in Chinese companies affiliated with the People’s Liberation Army and human rights abuses against the Uighur Muslims,”

These now numerous extra-constitutional stay at home orders unto executive decrees that trample upon the God-given Natural Rights of individuals by a governor willingly assisting either by ignorance i.e. his appeals to collectivism, which stand as the absolute antithesis to the American value of elevating the individual as the standard-bearer of Liberty, or his outright corruption to the Chinese Communist Party now requires action by the Indiana General Assembly, who do not require the governor to call a special session as they are directly empowered through the Indiana State Constitution: