Following the Deep State’s meltdown after President Trump was inaugurated in 2017, the Jeff Bezos-owned Washington Post opted to unveil a new cringe-worthy trope to serve as the paper’s tagline, i.e. “Democracy Dies in Darkness.” Despite America being a Republic, thus technicalities aside, Raheem Kassam who hosts The National Pulse and co-hosts on Steve Bannon’s War Room Pandemic, thought it germane to point out the obvious Orwellian disconnect unto 2021’s inauguration of President-Select Biden, tweeting: 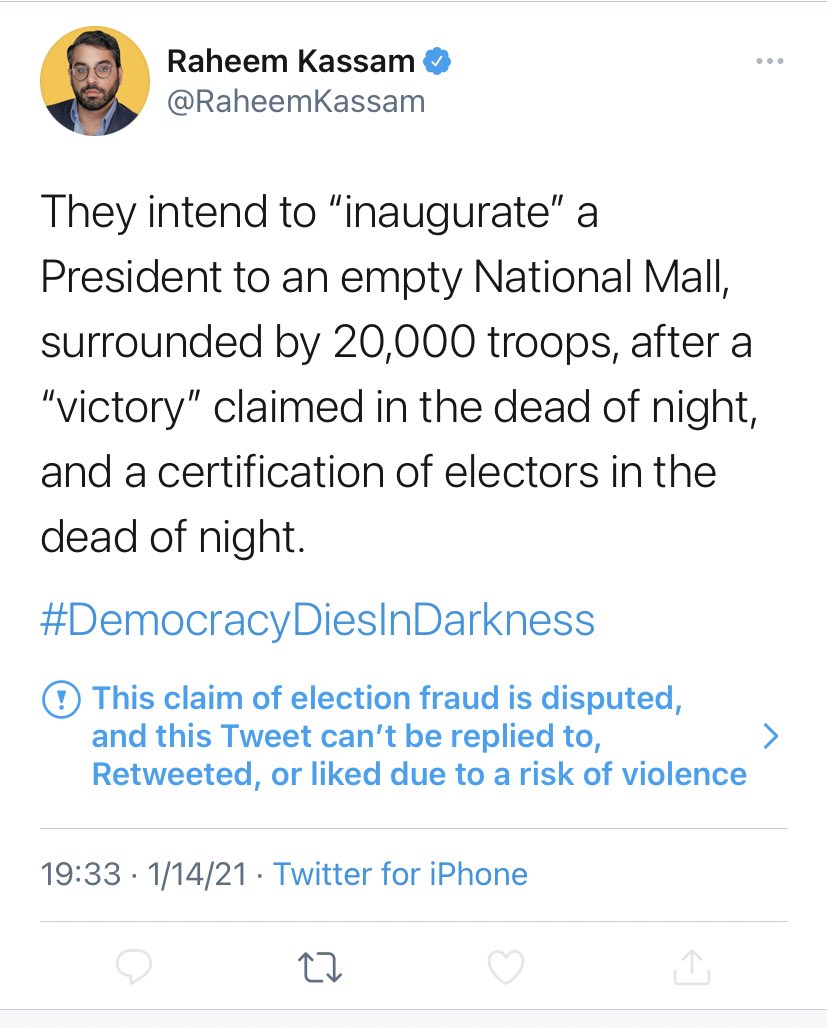 Not surprisingly, radical left malcontents such as Twitter’s CEO Jack Dorsey who have no principles, solely relishing in power to silence, promptly unleashed he fellow CCP-sympathetic sycophants to suspend Raheem on Twitter.

Whereas the free market continues to demonstrate a demand for platforms committed to true open conversation, thus the mass inflows of new users to Parler (taken offline by Jeff Bezos’ Amazon Web Services), Telegram, Signal, and the OG alternative to the blue-check circle-jerk that is Twitter, the one and only Gab.

Moreover, all the aforementioned have of course been smeared with the label of “white nationalist” by the FCC licensed Fake news. Thus wholly demonstrating leftists have lost the debate and have nothing other than low IQ ad hominem attacks to hurl at opponents, you can find Raheem Kassam as well as LibertyTalk on Gab.