INDIANAPOLIS, Ind. – The Drool Squad on CNN keeps telling me that Donald Trump is in bed with Putin and has thus committed treason for his quip about the Russians finding Hillary Clinton’s emails. Boy this “fear the Commie” rhetoric sure brings back memories. As a child growing up in the early 1980’s our family, I imagine as did many others, often gathered in the evening to watch the giant propaganda box [read: television] in the living room. However one viewing in particular still stands out, “The Day After,” a two-hour STATE worshiping fear-subjugation training film, which originally aired on ABC in 1983, to wit depicts the aftermath, skin-peeling radiation sickness and all, following a full-scale nuclear exchange between the United States and  its then preferred monster abroad: The Soviet Union. See everything old is new again. 🙂

[SPOILER ALERT] The final ten-minutes of the first hour, the viewer is shown a cavalcade of dystopian Americana, i.e. a high school football game in the foreground as several ICBM launch in the background, air-raid sirens, the loss of electricity from the electromagnetic pulse, and the low-budget, yet still nightmare-inducing, barrage of Americans being vaporized into skeletons. My parents sensing my distress sent me off to bed… terrified of Russia and scrunching the neck of my Good Luck Care Bear in a vice-like grip of fear. (Queue Lee Greenwood) 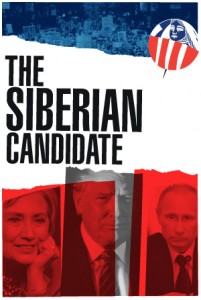 However, very much contrary to Cold-War propaganda movies littering the 1980’s and decreed as gospel by Government School textbooks, the Soviet Union was not the threat the U.S. government wished us to believe. Indeed the USSR was socialist, and they like all Government-Knows-Best Centrally-Planned top-down regimes were already falling into severe economic disaster by the middle of the 1970’s, although minus the lovable grandpa-like figurehead vis-a-vis Bernie Sanders.

If you want the full scoop on just how the U.S. government used the faux “Red Menace” to justify Cold War erosion of Liberty and the buildup of the Military Industrial Complex, I highly recommend Michael Swanson’s book “The WAR State.”

Although your head-may explode as to just how many lies students continue to be subjected to in their compulsory 13 year Head-start-No-Child-Left-Behind-re-education-prison-camps run by the STATE.

Yet here we are in 2016, with both wings of the WAR Party utterly confused as to how despite all their careful controls and rigging of the [s]election process, sees a loose-cannon, answers only-to-himself man known as Donald Trump on the cusp of becoming the President of the United States. However whether he becomes just the 45th Puppet-in-Chief shall remain to be seen, should his victory be so overwhelming as to make impossible the here-and-there fudging of election returns required to coronate Clinton 2.0.

Thus in the meantime, what’s a Status-Quo to do, well of course trot out the [yawn] “Donald Trump is a Communist” talking point conspiracy. Are you f—ing serious? Really? Experts say Donald Trump is working with Putin.“ Wow experts say, heck then it must be true, its not like they were wrong about Iraq, the Housing Bubble, Donald Trump winning the Republican nomination, to wit rightly would obviously call these vaunted experts credibility into question.

For f—k’s sake: The first Political Class criminal with a vagina to be the nominee of the PARTY [read: Hillary Clinton] who is about to give her acceptance speech in Philadelphia who broke the Glass Ceiling also broke the God Damn law.

A law broken to LESSER degrees by other regular folks who now rot away in federal cages.

If either the Russian Government or some nerdy Russian kid with too much time on his hands, or ANYBODY manages to turn over the 30,000 emails Hillary Clinton “lost”, they are a whistle-blower, Good Samaritan, helping the cause of justice, weeding out corruption, and should have a statue built in their honor.

Unless of course, if the Political Class is now so shamelessly bold as to flaunt, their belief that they are above the law, in which case and paraphrasing from the Declaration of Independence, they are painfully unfit to lead or receive the continued consent of a Free People.