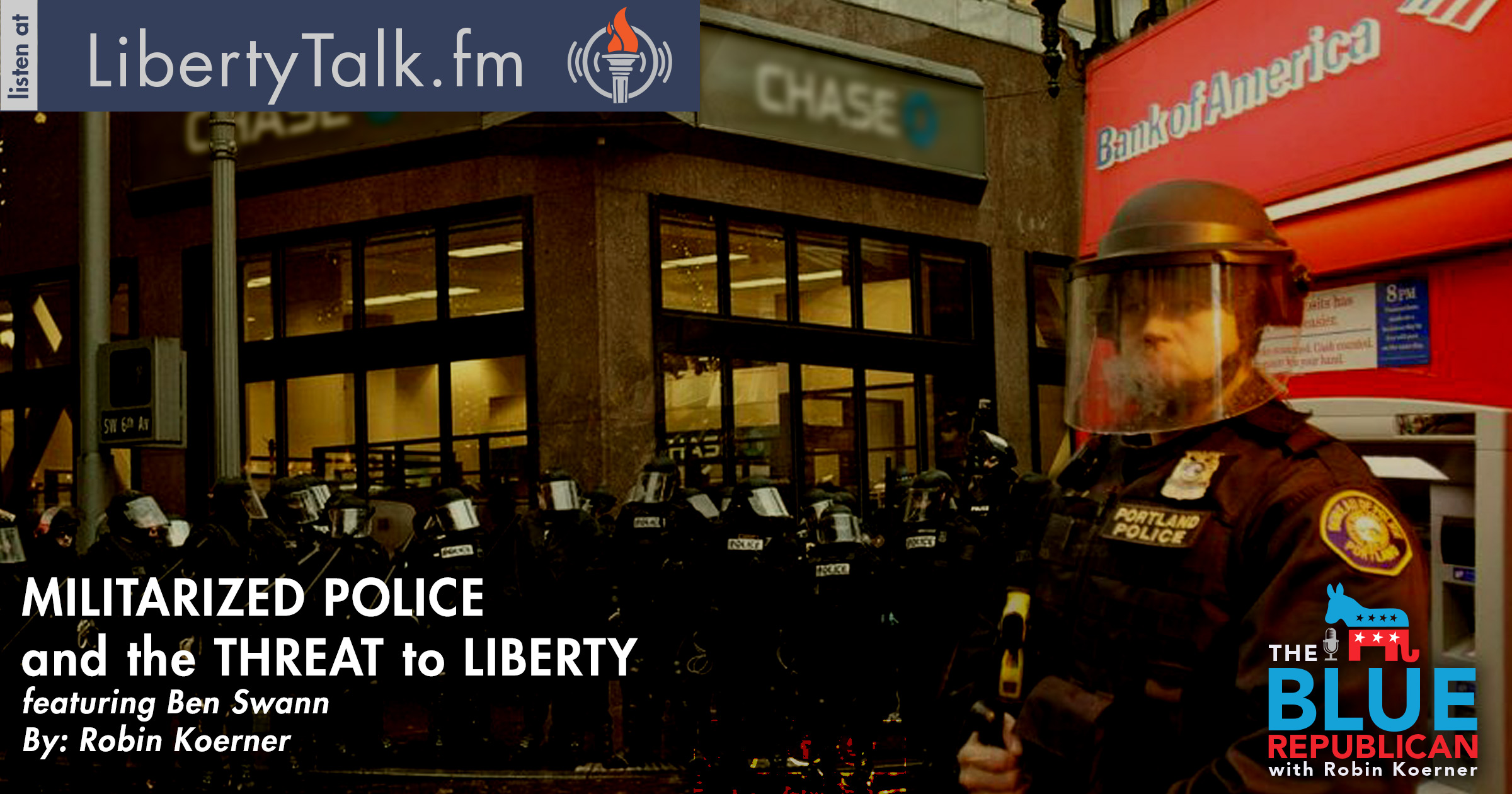 Emmy Award-winning investigative journalist, Ben Swann joins Robin to discuss the root of militarized police departments. Through his research via the Truth in Media project, Ben outlines “The 1033 Program” a.k.a. “Department of Defense Excess Property Program” that is a federal grant scheme, to wit provides the mechanism in which the D.O.D. gifts surplus and military equipment recently used on the battlefields in Iraq and Afghanistan to county sheriffs and local police departments. As such, it is through the 1033 Program in which local law enforcement such as those in Washington, Iowa and Concord, New Hampshire to highlight just two, receive fully armored military-grade vehicles designed for warzones such as MRAPs and Bearcats. However, excess ground vehicles are only a portion of 1033, the program also sends police departments such as Los Angles military-grade aircraft, whose use is justified as needed to combat the never-ending and now literal “war” on drugs.

Moreover, the absurd equipment dispersed to local police is only part of the equation, as the normalization of transforming police officers into combat ready soldiers in conjunction with a change in traditional civilian law enforcement rules-of-engagement from “Protect and Serve”,  to those used in war,  “Eliminate All Threats”, presents a less visible but greater danger to Liberty.

Further, Ben indicates while the mainstream media has highlighted militarized police with tabloid-like fanfare regarding the outrageous acquisition of equipment, old media editorial pages have had almost nothing to say regarding the implementation of military-style tactics and raids whose casualties include innocent children and are far too often executed upon the wrong address. Thus, the threat to liberty presented by militarized police departments will require a multipronged approach to mitigate this burgeoning problem plaguing the streets of America, which can arguably be stated is far more pressing than the STATE desire to prosecute narcotics.

Excerpt from Truth in Media: The Root of Police Militarization on BenSwann.com

Swann gave three examples of incidents in which police used military tactics to serve warrants on drugs: The first example occurred in Detroit, Michigan, when 7-year-old girl Aiyana Jones was awakened in the middle of the night by a stun grenade developed for wartime raids, called a “flash bang,” which was thrown by a SWAT team, and immediately set fire to her blanket. Following the release of the grenade, the SWAT team stormed into the house, and mistakenly shot Jones through the neck, killing her.