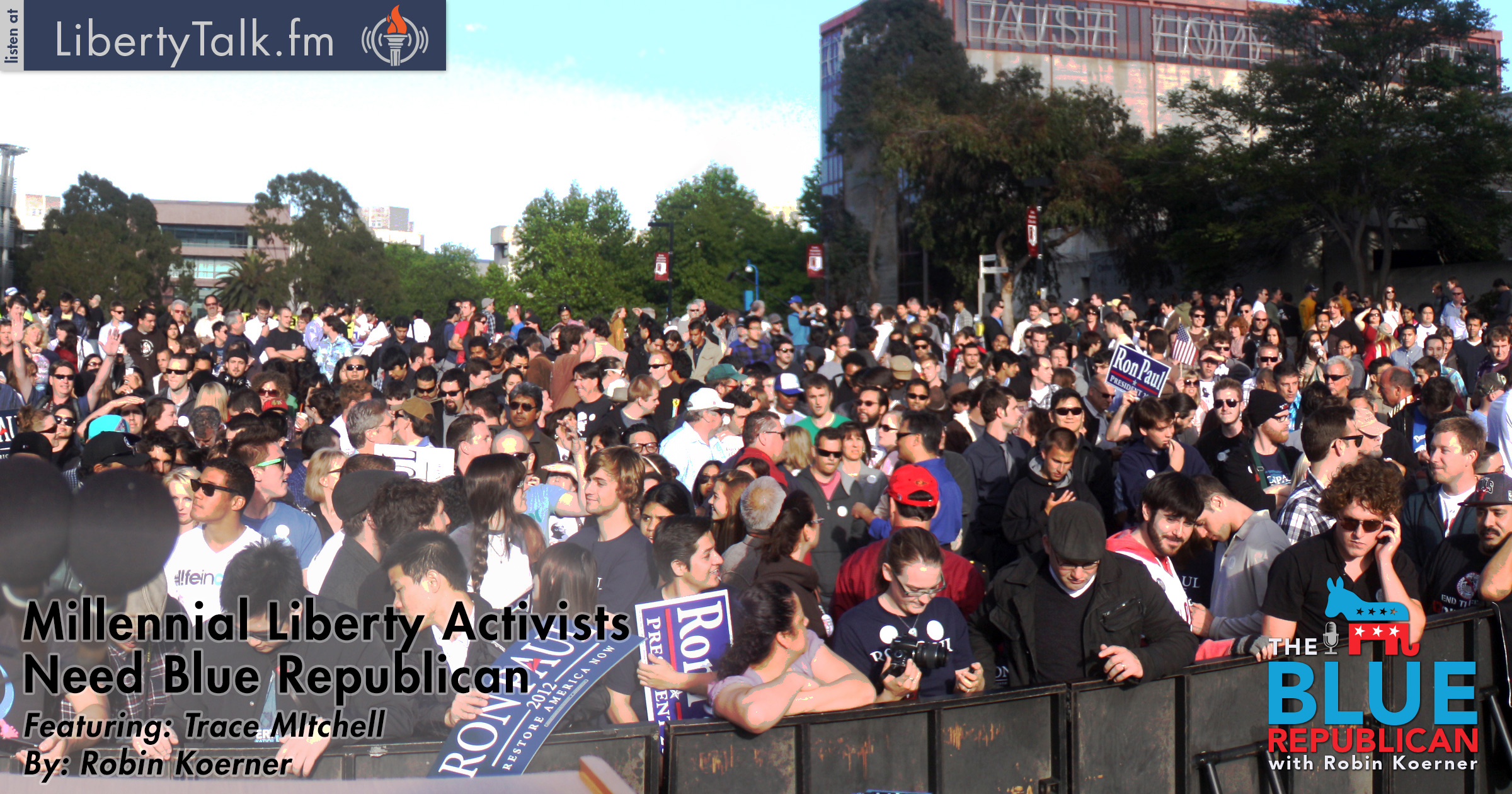 Trace MItchell is a young liberty activist, who is very active in Students for Liberty, Young Americans for liberty, and more mainstream politics.

That’s music to Robin’s ears, of course, because that’s the whole point of Blue Republican – to be a gateway for the liberty-curious to the path to a commitment to the principles of liberty.  In this show, Trace discusses the remarkable success he’s had in just two weeks of being a “Blue Republican” – and how it reaches the parts other liberty movements cannot reach.