Feeling the Pain of Inflation? Can Public Banking be the Answer?

Ellen Brown is the woman who (literally) wrote the book on public banking. North Dakota is the one US state with a public state bank. A bank owned by the tax payers, but run by bankers rather than politicians, can provide many benefits to a state or city. Perhaps the biggest of these is the ability to cut the cost of big government projects by about 50%, which is approximately the fraction of expenditure that is spent in interest payments to finance those projects.

Many conservatives and libertarians baulk at any policy proposal that includes the word “public”, but, as I discuss at length in my book, the corporatized big banking sector, is probably the least free-market part of our whole economy, being responsible for creating most of our money in the form of debt. By being their own bankers, and therefore creating their own money, taxpayers can save huge amounts of money on government expenditures, putting downward pressure on taxes, and they can even make money on loans made into their own community.

North Dakota is the one US state with such a bank, and is predictably seeing huge benefits from it. And interesting, North Dakota is, of course, a red state. Many other attempts are under way to se up others, but they meet stiff resistance.

Interestingly, Ellen is optimistic about the possibilities for public banking under Trump. 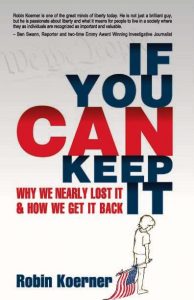 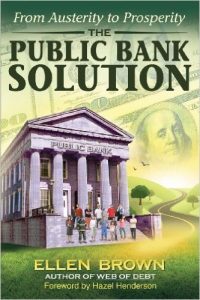 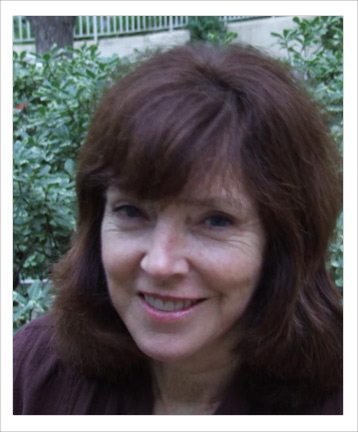 Ellen Brown  is an American author, political candidate, attorney, public speaker, and advocate of alternative medicine and financial reform, most prominently public banking. Ellen is the founder and chairman of the Public Banking Institute, a nonpartisan think tank devoted to the creation of publicly run banks. She is also the president of Third Millennium Press, and is the author of twelve books, including Web of Debt and The Public Bank Solution, as well as over 200 published articles, appearing in the New York Times, Huffington Post, Common Dreams, Truthout, Asia Times, Global Research, OpEdNews, Alternet, Truthdig, Counterpunch and elsewhere.