I really like Tim Moen, the Leader of the Libertarian Party of Canada.

His country has been getting increasing attention in liberty circles recently on account of its burgeoning anti-free speech legislation such as the infamous Bill C-16, “popularized” by Jordan Peterson, and some of its YouTube exports, such as Lauren Southern and others.

In this episode, I speak to Tim about how bad thing really is up there north of the border, with a focus on healthcare, free speech and the illiberal left, and learnings and divisions in his own party around the suspension and subsequent re-inclusion of Lauren Southern, YouTube-famous taker-on of anti-free-speech leftists on campus, who then ran as a candidate for the party.

This is a great interview with a great man. Enjoy it. 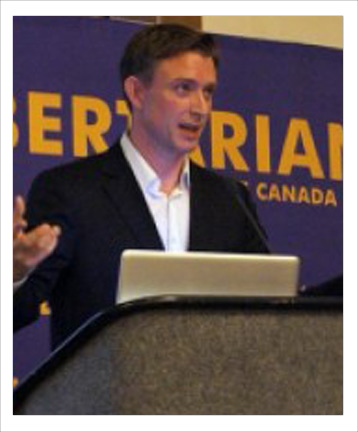 Tim Moen is a firefighter, paramedic, business owner, filmmaker, volunteer and politician from Canada. He is the leader of the Libertarian Party of Canada. Moen became leader in May 2014, succeeding former leader Katrina Chowne. He ran in the 2014 Fort McMurray—Athabasca by-election. His campaign received considerable attention from a variety of Canadian and US news outlets, such as CNN, Huffington Post, Reason.com, due to his social media memes explaining libertarianism.