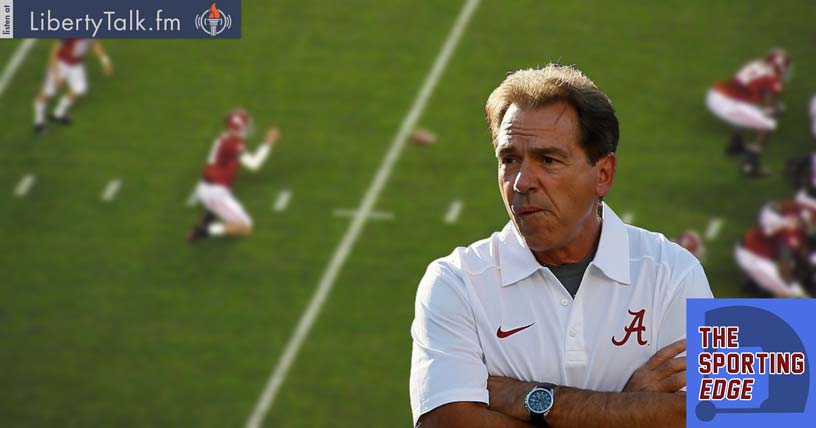 College football is here to stay!

Following a very lethargic first half, the Number-two ranked Buckeyes took down Indiana this past Thursday night in Bloomington coming out on top with a final score of 49-21. In addition, there is a big slate of games on Saturday, with some contests featuring 40-point spreads, while others promise to be more competitive. Witz and Roz break down a couple of the biggest games from this Saturday’s NCAA matchups.

It’s roll tide roll for Witz and Roz as both take [1] Alabama over [3] Florida State. Whereas Alabama is once again the favorite to take home the title, a few teams could make some noise this year and pose a challenge. The duo loves [11] Michigan to finally get over the hump this year and as such, surmise the Wolverines will have no problem taking down [17] Florida handily in week one.

The boxing mega fight between Conor McGregor and Floyd Mayweather certainly lived up to expectations, with Floyd emerging victorious via TKO in the 10th round following a flurry of punches that left McGregor staggered. Nevertheless, both athletes emerged after the fight as true champions. Humble in defeat, McGregor vowed he would be back and thanked everyone who helped him along the way. Following the fight, Floyd rides off into the sunset into retirement as possibly the last true star of boxing.

We’ve got MLB playoffs and both football leagues to keep us busy in September and October. The Astros make a HUGE move by trading for Justin Verlander from Detroit and the Tigers also trade Justin Upton to the Angels, a surprising team in the AL wild card race. The question remains: who will win the 114th Fall Classic?