One year after the Tax Revolution Institute Launched

One year after it launched, the Tax Revolution Institute (TRI) true to its name, is radically distinguishing itself from other organizations in the tax-reform space. TRI’s claim is that the fundamental problem with our tax system is not that it isn’t flat enough, fair enough, low enough, or simple enough but the simple fact that the government does not have to earn our money.

Our tax system guarantees politicians an uninterrupted stream of revenue, regardless of whether it is spent honestly, wisely, or effectively. This, TRI claims, creates an environment of weak accountability and a lack of responsiveness to the impact of government spending on people’s lives.

The evidence surrounds us: millions of poorly educated children, tens of millions of Americans still living in poverty, contaminated water supplies, countless lives ruined by abusive IRS practices, and so much else.

Meanwhile, the public has the false impression that their responsibilities to each other are being met.

It doesn’t have to be this way.

The Tax Revolution Institute is asking the public a simple question:

What if the government had to earn our money?

In other words, what if individuals could redirect their tax dollars whenever they saw them spent wastefully, corruptly, or in ways that just don’t have a positive impact on people’s lives? What if Americans had much more choice over how their tax dollars are spent and even by whom.

Many Americans have heard the expression involuntary tax system. Our politicians, the Internal Revenue Service, and even our tax code, insist that we currently have one. They are wrong, of course, but TRI is determined to make it so to make the ìnvoluntaryî tax system truly voluntary.

In a truly voluntary tax system, individuals would be able to choose to send their tax dollars to wherever they can do the most good. This could mean choosing not to fund corrupt state agencies, diverting money to charitable programs and nonprofits that outperform the government, or even directing money away from politicians pet projects and using it to meet the fundamental needs of local communities.

The tax revolution is about exposing the government to the corrective forces that incentivize every other economic actor to provide quality. The most important problems with government can be traced back to the coerciveness of our tax system. The antidote to this coercion is choice. Giving taxpayers choice will force the government to compete for the dollars that it spends just like everyone else.

About the Tax Revolution Institute

The Tax Revolution Institute (TRI) is a non-partisan, 501(c)(3) organization committed to researching and developing innovative, voluntary tax solutions to promote transparency, accountability, and integrity in the delivery of public services in the United States.

Through FOIA requests, briefings, testimonies, advocacy, research studies, white papers, and educational programs, TRI will expose and explain how the coerciveness of our current method of funding government lies at the root of some of its greatest flaws ó such as waste, inefficiency, incompetence, corruption and even the complication of the tax code and its inhumane enforcement by the IRS. 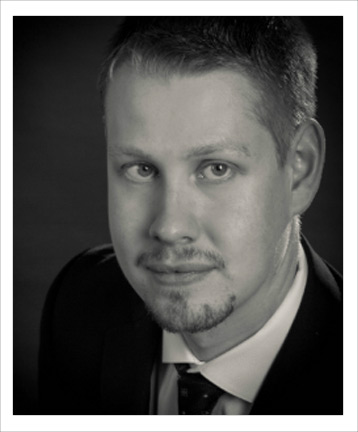 Dan Johnson started his first activist organization out of his dorm room at age 18. Over the next two and a half years, he grew PANDA (People Against the NDAA) into the largest movement resisting a federal law at the local level in the United States. In the meantime, he wrote for over a dozen news sources, including The Huffington Post, Policy Mic, Occupy.com, Western Journalism, The Fifth Column, and others. Dan has been a featured speaker at over 100 events, appeared on numerous radio and TV shows, and serves as President of the Board of the Solutions Institute, an activist training center. As Executive Director of the Tax Revolution Institute, he is dedicated to exposing incompetence and corruption at the Internal Revenue Service.