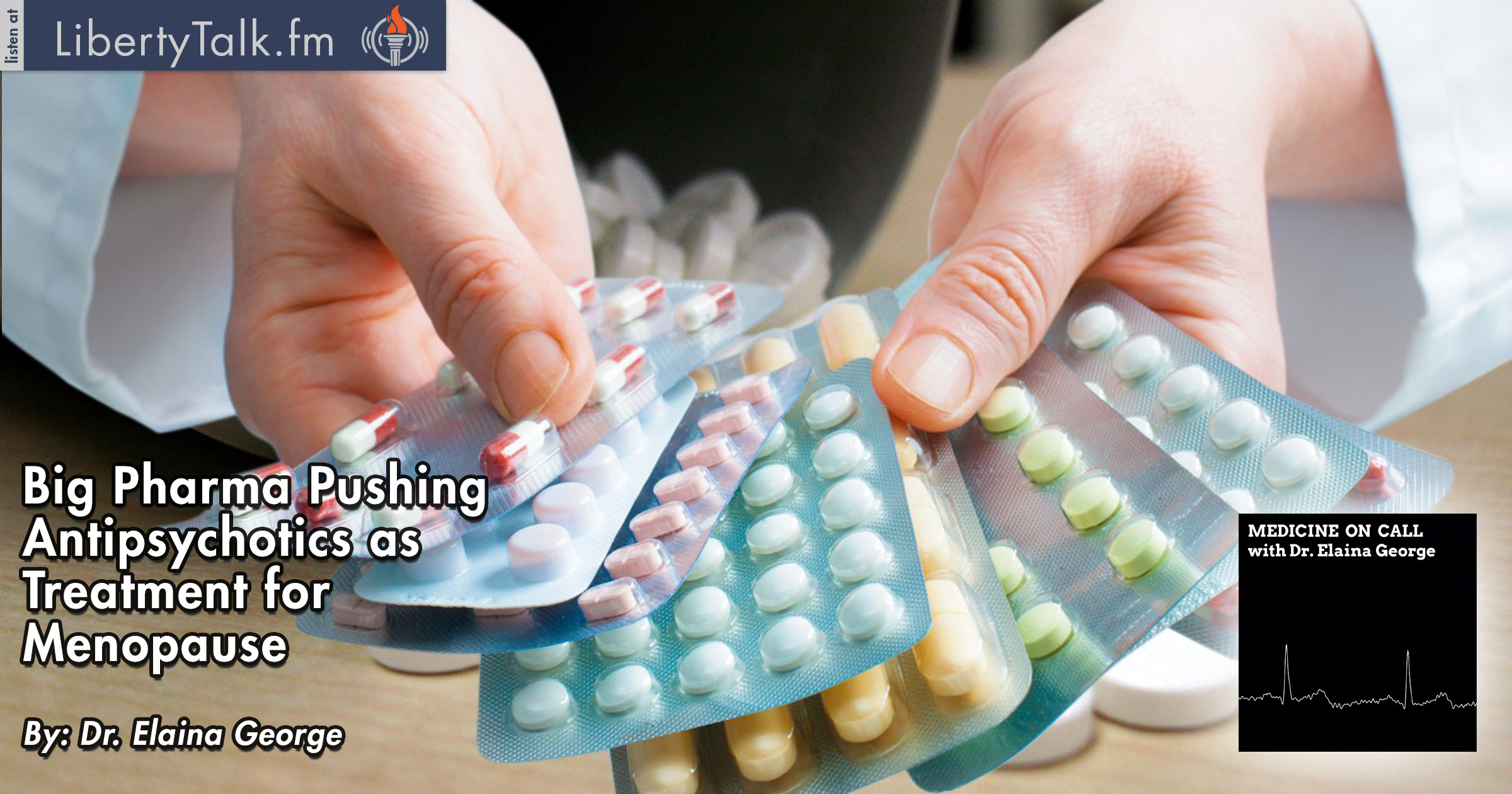 On this episode of Medicine on Call, Dr. Elaina George examines the Direction of health care for both physicians and patients. She questions the wisdom of the seemingly endless use of prescription drugs. As such, Dr. George speaks to the latest trend of prescribing premenopausal women antipsychotics, being pushed on patients as a non-hormonal treatment to manage hot flashes. However, the company’s own 24 week study of 500 women demonstrates the sugar placebo pill performed nearly as well as the off-label use of their antipsychotic.

Such are the consequences of the fascist corporate regime further entwined under Obamacare, whereby indivduals are literally forced to purchase brand name medicines over the generic alternative, as yet another revenue streams for the state’s favored insurance and pharmaceutical companies.

Dr. George urges individuals to think critically and really examine their use of prescription medications, in lieu of being a lifelong customer of the big-pharma’s white lab coat drug pushers, who view hooking a patient to mitigate symptoms rather than curing the ailment as most beneficial to their corporate-welfare infused bottom line.

While Jonathan Gruber’s comments regarding the stupidity of the American voter, were widely publicized, few are aware of the internal email from the White House written by Nancy DeParle who promised in exchange of support for the Affordable Care Act, the government would implement new heavy restrictions on Americans attempting to import their prescription drugs from Canada.