Maintenance of Licensure will Allow Bureaucrats to Rule Over Healthcare

Dr. Jane Orient stops in to talk about the continued attack on doctors through Maintenance of Certification (MOC). The American Board of Medical Specialties and 24 separate corporations, which make up the 24 recognized board-certified specialties have agreed to impose on physicians a recertification program called the ABMS Maintenance of Certification. At one time, a physician could voluntarily choose to become board certified, and upon completion of the process, he or she was board certified for life. Now, the ABMS has decided to force board certified physicians to purchase its products every 10 years. If a physician cannot afford the time or the expense of recertification, he or she may be designated as “not meeting” the requirements of the ABMS, which tends to imply that a physician is less than qualified to care for patients.

The future of medicine is being shaped right now! It is moving against quality care and more toward a turnstile system of healthcare. Because of the new powers given to these Board bureaucrats, it is getting much harder for doctors to prescribe certain medications to treat the patient. Some doctors are looking for easier way to treat people so they choose less adequate medicine.

Many Boards are pushing for a Maintenance of Licensure (MOL) forcing doctors to re-up with these boards and their continuing fees every ten years just to legally practice. 25% of physicians right now don’t have MOC and can’t afford to pay for it. Imagine a world where bureaucrats has this kind of control. Medicine will either cost people more or there will be less doctors.

Healthcare is on a slippery slope and is sliding quickly down. We have to act now to prevent further decay. Call your congressman and let them know what is going on and the dangers of letting this continue. 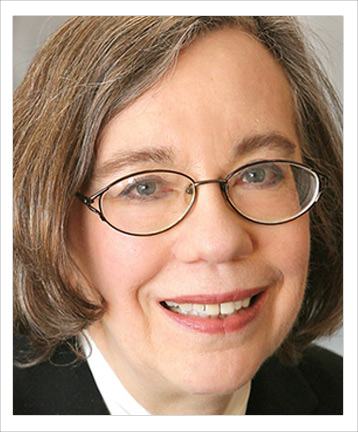 Dr. Jane M. Orient, M.D., has appeared on major television and radio networks in the U.S. speaking about issues related to Healthcare Reform. Dr. Jane Orient is the executive director of the Association of American Physicians and Surgeons, a voice for patients’ and physicians’ independence since 1943. She is currently president of Doctors for Disaster Preparedness and has been the chairman of the Public Health Committee of the Pima County (Arizona) Medical Society since 1988. Dr. Jane Orient has been in solo practice of general internal medicine in Tucson since 1981 and is a clinical lecturer in medicine at the University of Arizona College of Medicine. She received her undergraduate degrees in chemistry and mathematics from the University of Arizona, and her M.D. from Columbia University College of Physicians and Surgeons.