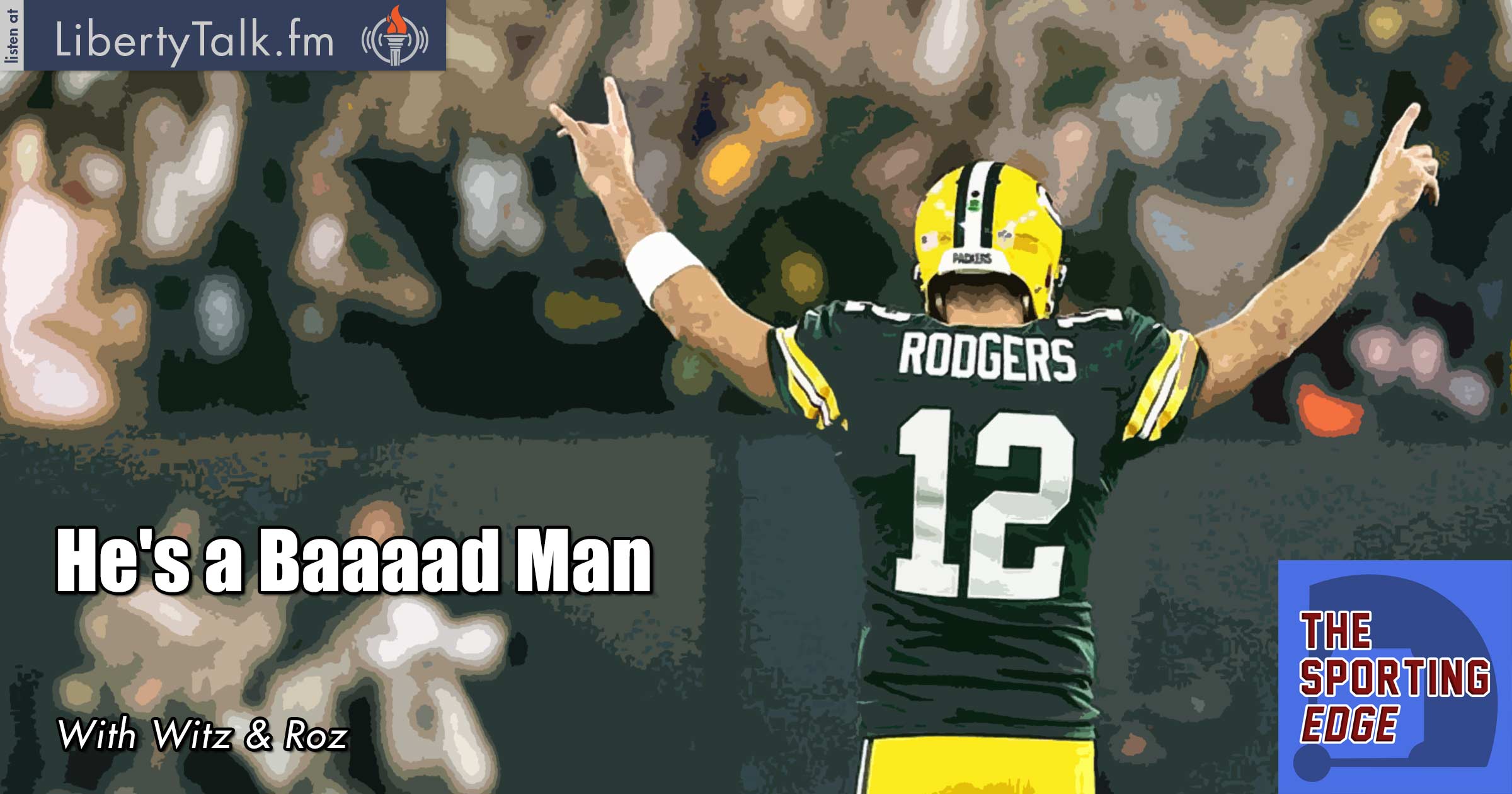 This week on The Sporting Edge, Witz and Roz are full into football mode as the first week of the NFL season is in the books. There were a lot of headlines from week one, but almost none bigger than Aaron Rodgers coming back from what looked a possible season-ending injury against the Bears.

Matt Patricia didn’t do himself any favors in Detroit as they got manhandled by an upstart Jets team. Sam Darnold looked pretty good and threw two touchdowns in the victory. Patrick Mahomes was another young quarterback who made a big impact on the field.

The Cleveland Browns finally didn’t lose! But they didn’t win either. As good as their comeback was against the Steelers, Cleveland couldn’t find a way to eke out a win against their division rival. Le’Veon Bell doesn’t look any closer to joining the Steelers, so James Conner will continue to handle the rock.

Witz and Roz have a had a tough start to their college football picks, but they look to change that in Week 3! Ohio St. vs TCU should be a very exciting game and it’s the Buckeyes first real test without Urban Meyer. LSU travels to Auburn for a great SEC Matchup. The Cubbies are also in a dogfight for the NL Central crown. Stay tuned for more updates next week!