Banks Break Every Rule They Agreed with Congress to Push Homeowners Out of Their Homes.

Today on The Blue Republican, Robin introduces Christopher King on banks. Chris explains how banks are breaking the very rules they agreed with congress to push homeowners out of houses, while at the same time, supposedly negotiating a new payment plan with the home owners – in a scheme called “Dual Tracking”. Why do they do so? Because the chain of title has been corrupted by the banks’ practices and, by getting people out of their homes, against the HARP rules to which the banks agreed, the banks think they can cover their tracks. Meanwhile, the highly corrupt system that the banks have instituted to record and fudge title – MERS – has been used to avoid the payment of millions of dollars of recording fees to counties and cities all over the country, leaving tax payers short large sums.. 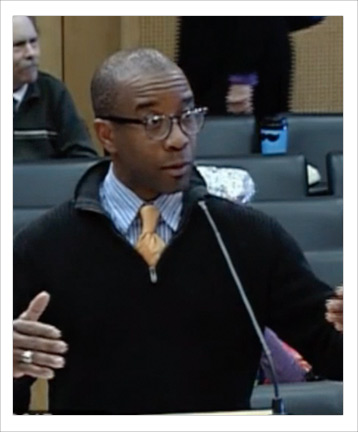 Christopher King is a former Assistant State Attorney and Escrow Attorney who has worked in residential and corporate real estate in various capacities for the past fifteen years, clearing title, filing zoning applications and reviewing wireless tower contracts. He and his associates are now teaming to provide video coverage of America’s imploding Mortgage market in ways that only they do: With actual courtroomand deposition footage and nationally-recognized expert witnesses who are casting a bright light onto the banking and mortgage industry for its continued unlawful practices that criminally deprive municipalities and homeowners..