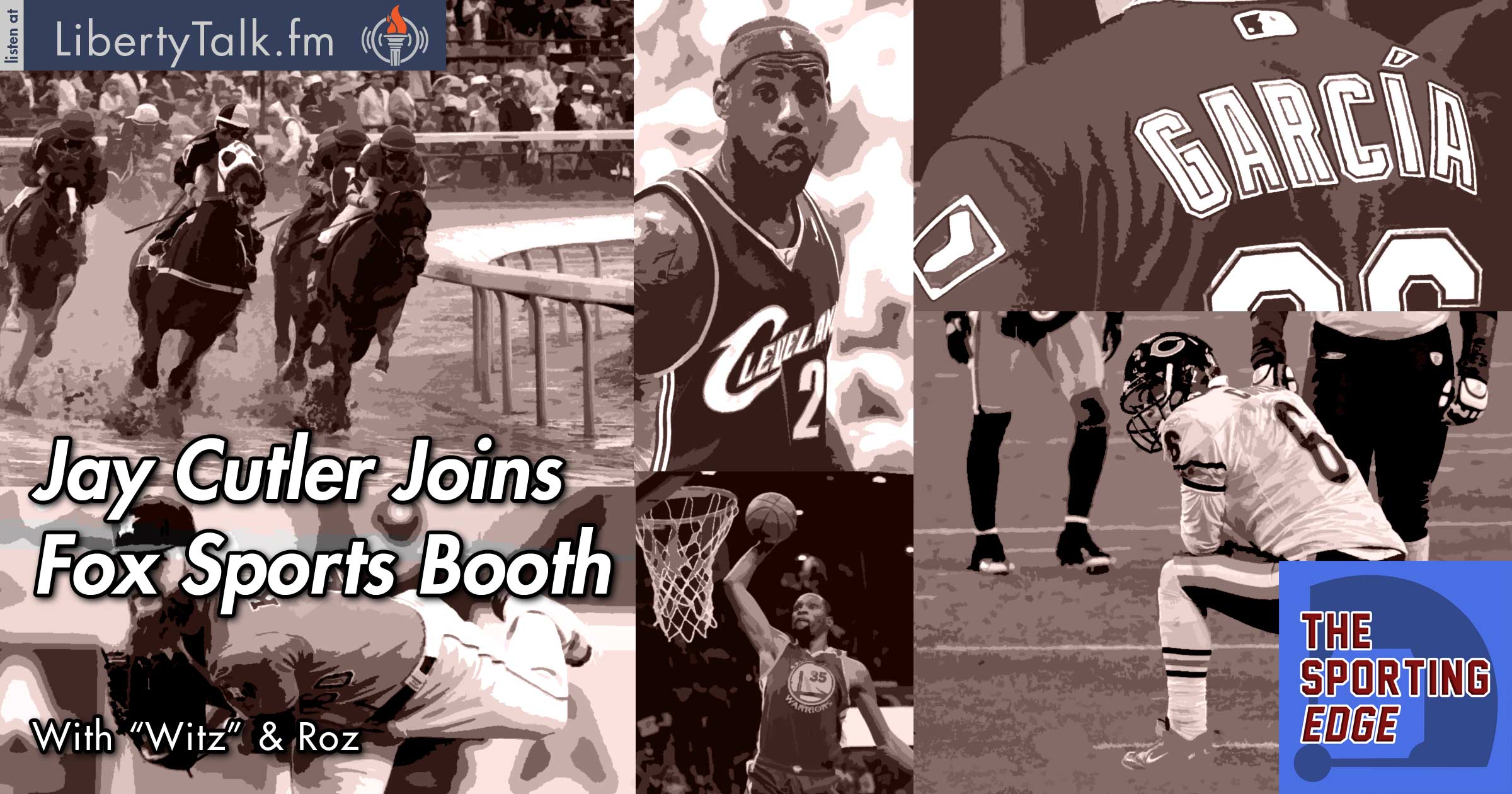 This week on The Sporting Edge, Witz and Roz are back and better than ever. They are both officially college graduates, an impressive feat considering the 40-hour work weeks they continuously put in for The Sporting Edge. Jay Cutler is evidently retiring to join the Fox Sports TV booth, where he will be a part of the number two team behind Troy Aikman and Joe Buck. Is there trouble brewing in San Francisco? There are talks that Reuben Foster could miss the entirety of his rookie season with a shoulder injury.

The NBA playoffs are in full swing, and Kevin Durant squashed anything Witz and Roz had to say about him gelling with the Warriors come playoff time. Tony Parker is out for the remainder of the postseason with a torn quad, but Witz still thinks the Spurs have what it takes to advance to the Western Conference Finals. Lebron is being Lebron in the East, as the Cavs are dismantling the Raptors.

The most exciting two minutes in sports have arrived as it’s Kentucky Derby time! Witz and Roz break down the action and give you their picks to win. Witz has the #8 horse, Hence, currently going off at 15-1, and Roz has the #16 horse, Classic Empire, going off at 6-1. The track is going to be wet at Churchill so that will make things even more interesting. If you’re feeling frisky, hop on Witz’ trifecta box play of Hence, Tapwrit, and Always Dreaming (15-1, 39-1, 4-1).

The Nationals and Astros are firing on all cylinders and currently sit atop the MLB Power Rankings. Dallas Keuchel is pitching like the 2015 version of himself and has a 5-0 record and a sub 2.00 ERA. The Nationals lost Adam Eaton last week, but Anthony Rendon, Trea Turner, and Ryan Zimmerman have been picking up the slack in his absence. The White Sox are continuing to defy the odds, behind the big bat of Avisail Garcia and their unbelievable bullpen. Stay tuned for more breakdown next week!