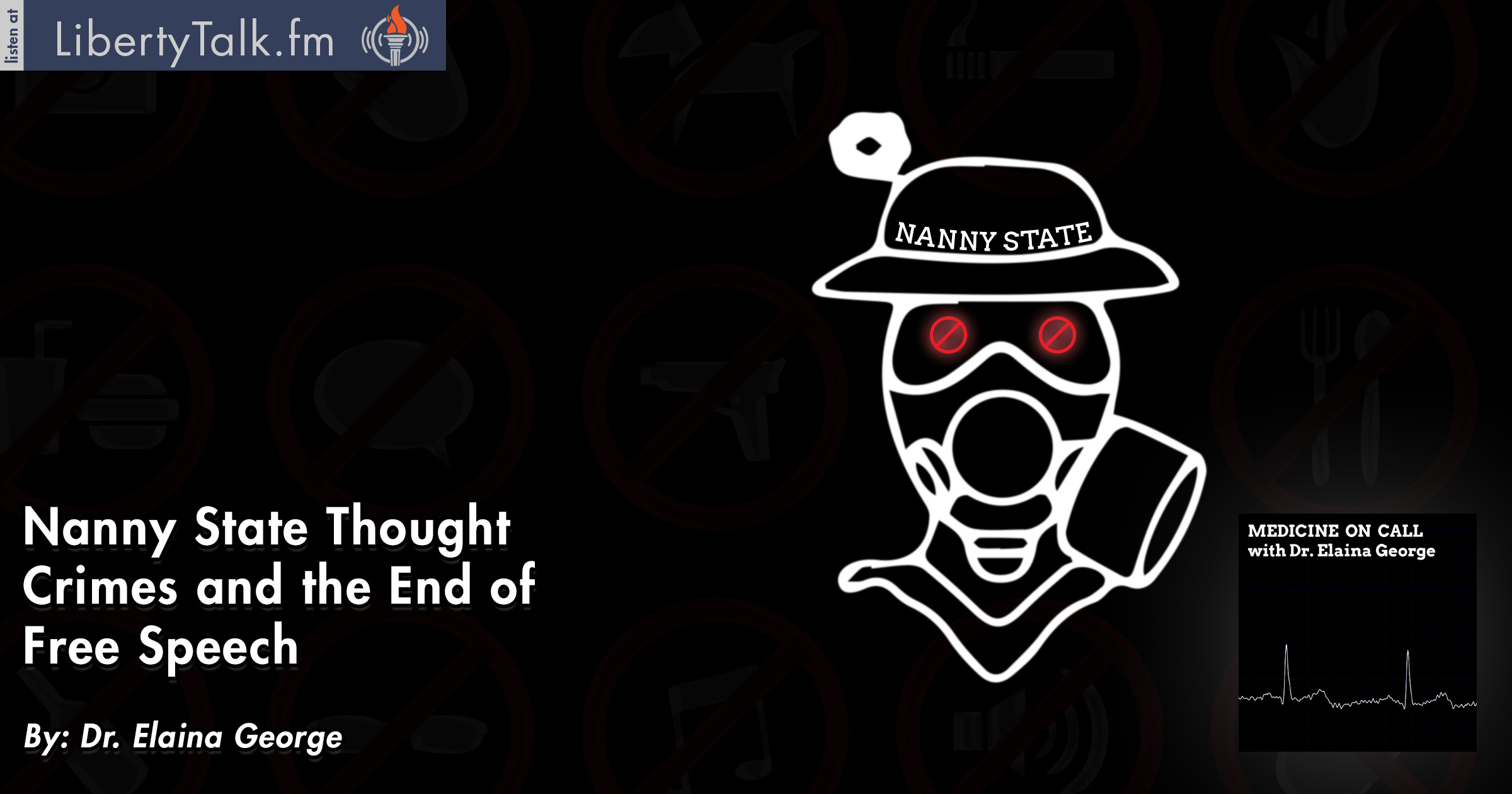 Where Will the Nanny State End?

Listen to Dr. George on this week’s episode of Medicine On Call discuss how the Nanny State’s Thought Police are succeeding on restricting free speech through the chilling effect of political correctness and self-censorship. Whether soft drink size, the Civil War, or healthcare, Americans are incrementally being conditioned to surrender common sense and avoid frank discussions on controversial discussions, so as to enable an easier implementation of an ever increasing Orwellian nanny state from cradle to grave. Whether on the town square or once the bastion of open dialog and debate, college campuses are now ground zero for a growing army of hyper-offended thought police, to wit cry so loudly and whose egos bruise so easily, it has become an unspoken rule of comedians to simply avoid performing their routines amongst the overly-sensitive onion skinned academics.