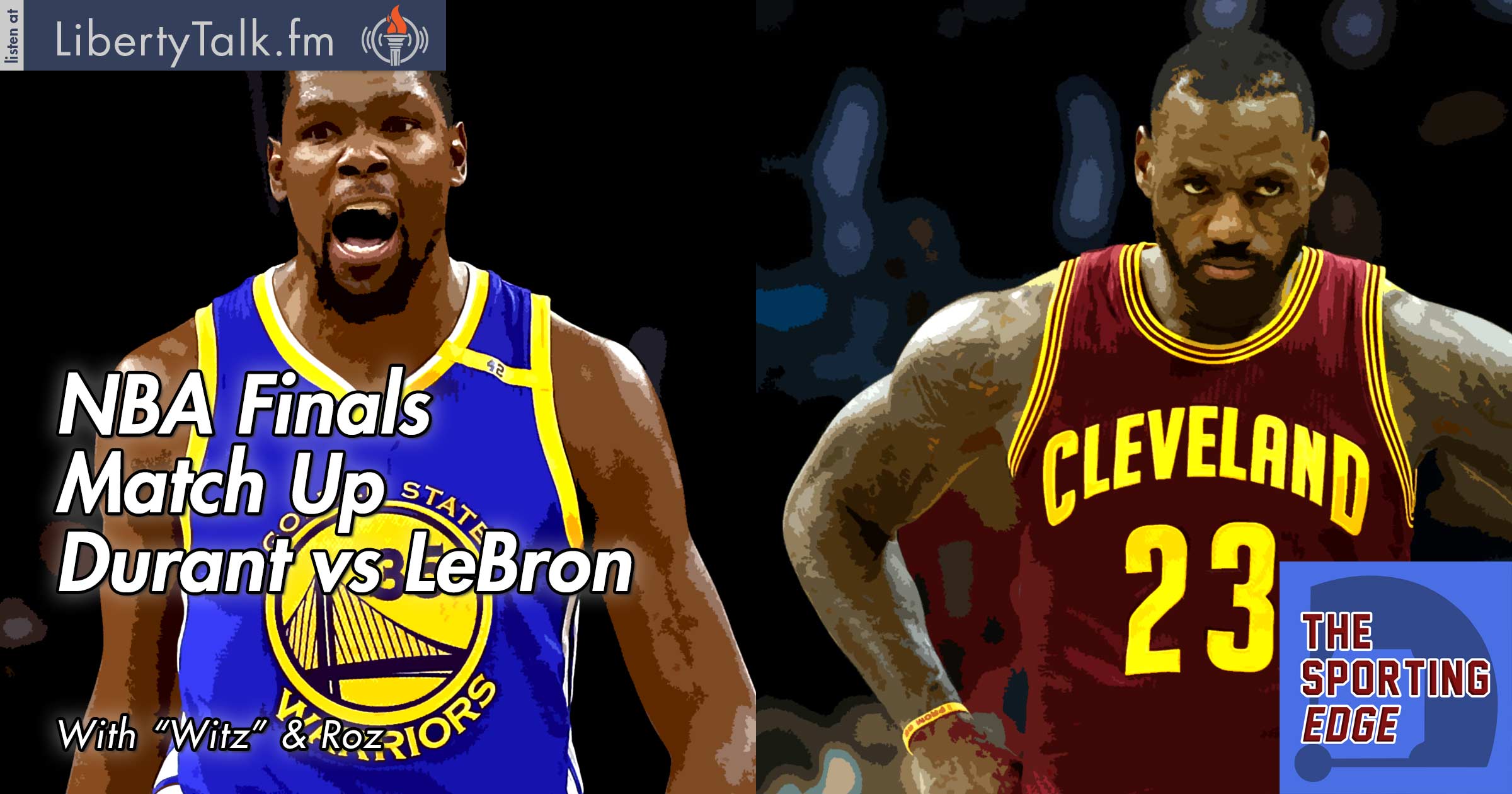 Witz and Roz are back with a bang this week and start off show by discussing some of their off the air endeavors, which now include Krav Maga and Duolingo, a language learning app that they are using to improve on their Spanish. Muy bien! They are on their way to becoming the most feared broadcasting duo on the planet once they finish their Krav Maga training, a self-defense system used by the Israeli Military.

The NBA Finals are finally here and who could’ve guessed that Warriors vs. Cavs III would be the matchup! Obviously, we’re joking but this is going to be one hell of a series. Witz and Roz both have the underdog Cavs taking home the title and they are currently sitting at +205, while the Warriors sit at -245. Will Kevin Durant step up and finally bring home the title that has alluded him? Or will LeBron further cement his legacy among the all-time NBA greats?

The matchups in this series will be phenomenal whether it be Durant/LeBron, Draymond/Love, or Kyrie/Steph. Who will be the player to step up currently outside the spotlight? Nobody knows, but it will happen (Richard Jefferson again?). The Rockies are making their case for being the best team in the MLB right now, as they sit atop the NL West at 31-18.

The Astros continue to play great baseball, and another AL team that has surprised many is the Minnesota Twins! The Twins are currently in 1st place in the AL Central and the no. 1 pitching prospect in baseball, Jose Berrios, is certainly keeping them in contention along with Ervin Santana. Will the Cubs breakout from their season of mediocrity? Only time will tell. See you next week everyone!