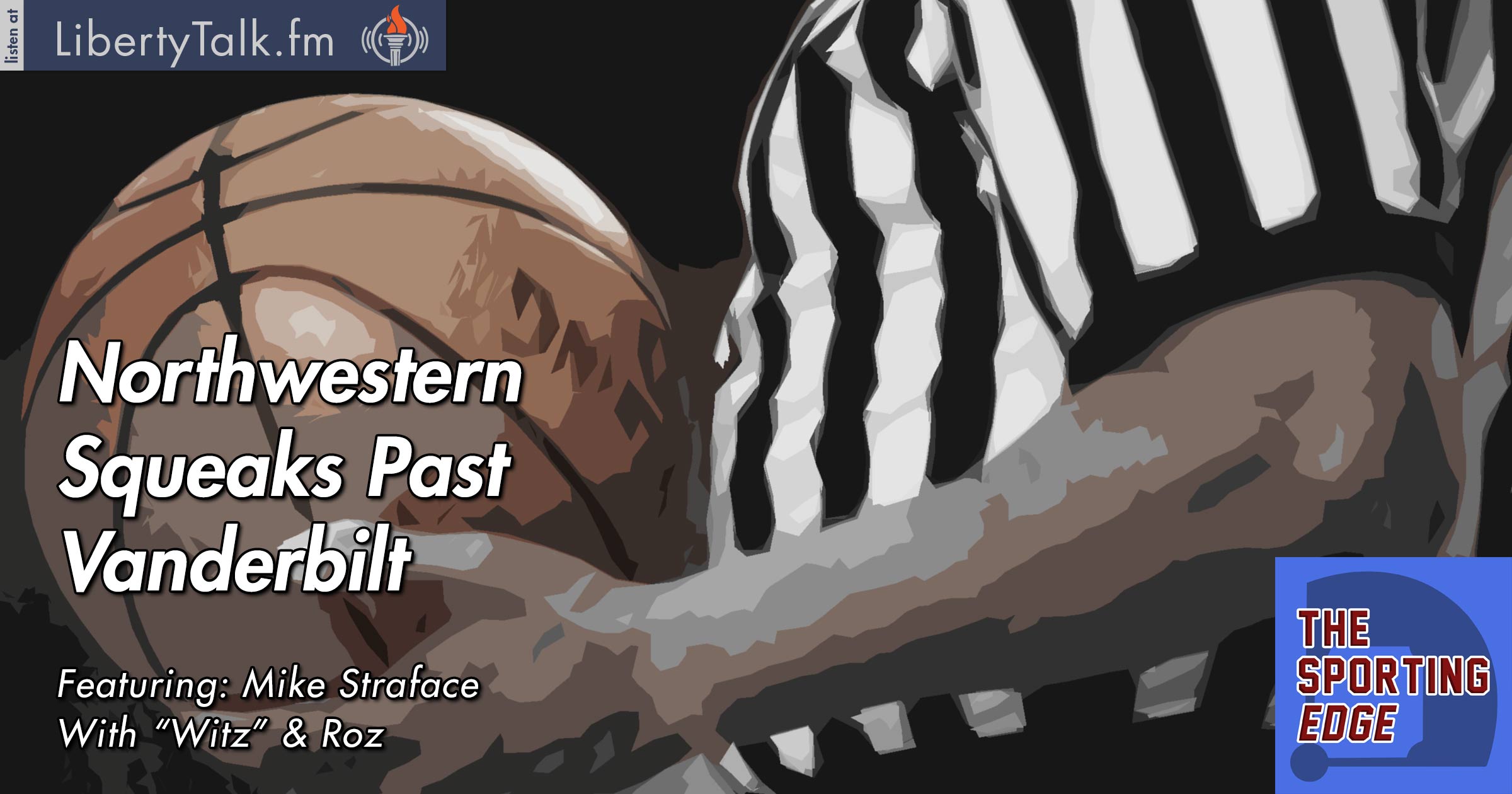 Roz takes over the Sporting Edge this week along with the show’s college basketball expert, Mike Straface. Witz seemingly got “lost in the sauce” in Fort Lauderdale and is trying to find his way back to Bloomington. Stay tuned for his epic comeback in the Elite 8 next week.

The story of day one in March Madness was 8-seeded Northwestern, as they took down Vanderbilt in their first ever NCAA Tournament game. Middle Tennessee State and Xavier completed the only upsets of the day as 13 and 12 seeds, respectively. All the other games went to the chalk.

There are some very interesting matchups in the round of 32 today. A poised Wisconsin team takes on the defending national champion Villanova Wildcats. Northwestern comes into their game vs. No. 1 seed Gonzaga as an 11-point dog and Xavier takes on FSU as a 6-point dog.

There are three matchups today in the 4 vs.5 spot; Notre Dame vs. West Virginia, Virginia vs. Florida, and Iowa State vs. Purdue. Next week, the trio returns for a breakdown of the Sweet 16 and a look towards the Elite 8. See you next time!