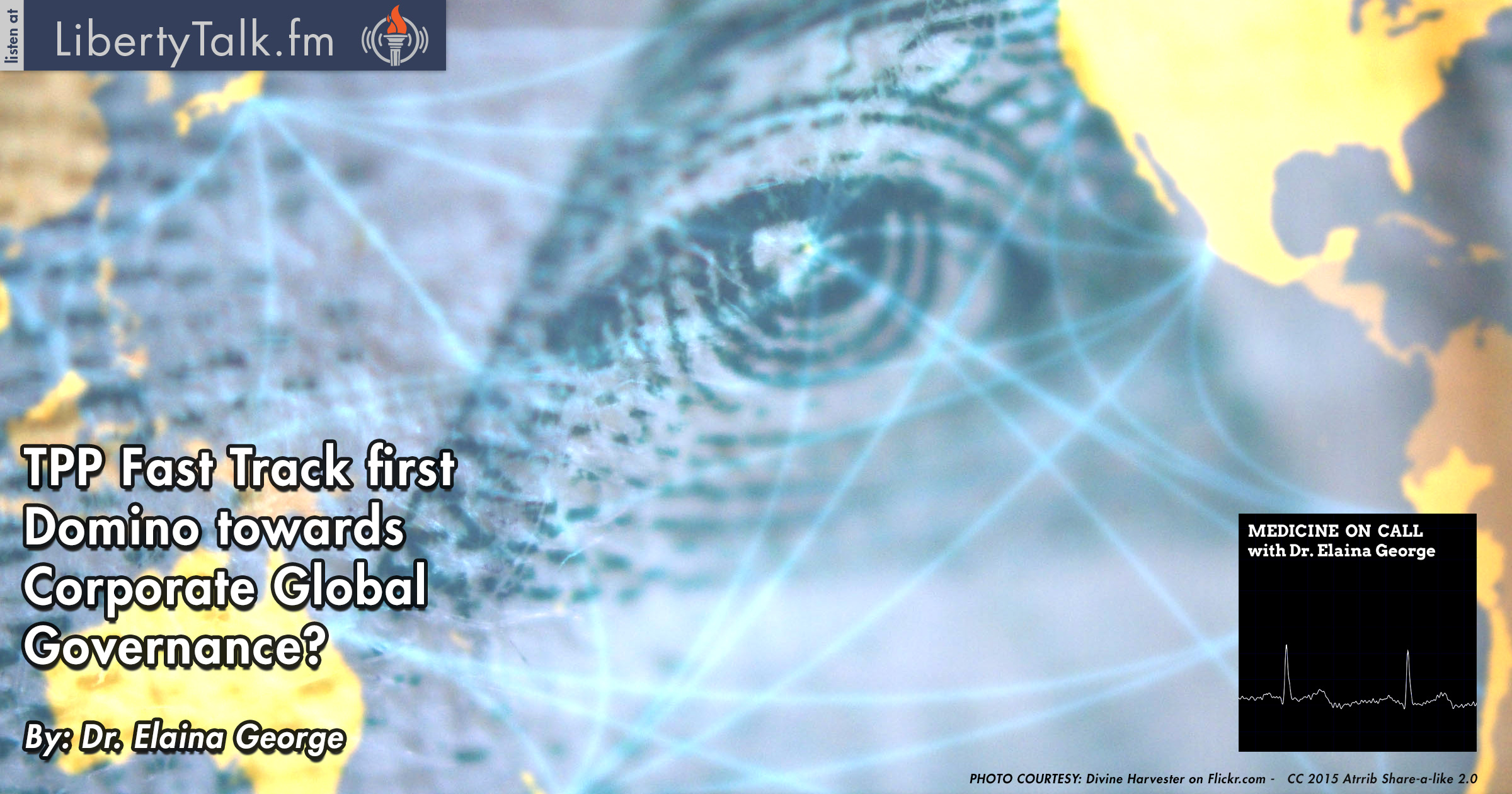 On this episode of Medicine On Call, Dr. Elaina George discusses how now that the fast track has been passed and given to President Obama, it appears the first domino in the movement towards global government has finally fallen into place. Transnational corporations will play an even larger role in our society including health care. Unfortunately, we are being distracted by identity politics whose wedge issues help the overlords in government systematically remove any competition from independent small business, physicians, and pharmacies so as to grant monopoly-like status to the favored corporations of STATE who already line the halls and offices of every regulatory agency in Washington. 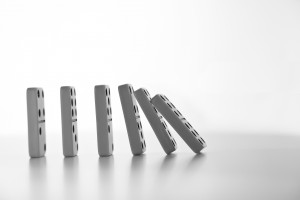 What Is the Trans-Pacific Partnership Agreement (TPP)?

The Trans-Pacific Partnership (TPP) is a secretive, multinational trade agreement that threatens to extend restrictive intellectual property (IP) laws across the globe and rewrite international rules on its enforcement. The main problems are two-fold:

The twelve nations currently negotiating the TPP are the US, Japan, Australia, Peru, Malaysia, Vietnam, New Zealand, Chile, Singapore, Canada, Mexico, and Brunei Darussalam. The TPP contains a chapter on intellectual property covering copyright, trademarks, and patents. Since the draft text of the agreement has never been officially released to the public, we know from leaked documents, such as the May 2014 draft of the TPP Intellectual Property Chapter [PDF], that US negotiators are pushing for the adoption of copyright measures far more restrictive than currently required by international treaties, including the controversial Anti-Counterfeiting Trade Agreement (ACTA).