Judge David Sweat sits on the Superior Court of the Western Judicial Circuit of the state of Georgia.

Alongside his General Jurisdiction Court, which tries criminal cases, he presides over an unusual court called an “Accountability Court”, which tries to rehabilitate individuals in the community, rather than punish them. This special court puts criminals with mental health and substance abuse issues, for example, to get better through a strict program whose participants are made to take responsibility for their actions, have regular calls with the judge, accept treatment if necessary, and face the consequences of not sticking to the agreements they make to get better.

The success of this approach has been huge. Whereas recidivism rates are typically 60 to 75% for incarcerated criminals, that of those helped in Judge Sweat’s “Accountability Court” are about half that. The teams that support individuals who go through this other court provide various forms of support, but the this court and the treatment program is actually cheaper than traditional punishment.

Initially there were three such courts in Georgia. On account of their success, there are now 28. The combination of better outcomes and reduced spending is bringing support even from hardline tough-on-crime conservatives. 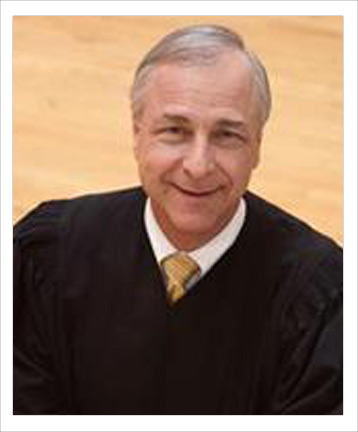 Judge Sweat presides in the Superior Courts of Athens-Clarke and Oconee counties in the Western Judicial Circuit. The Superior Courts are Georgia’s highest level trial courts of general jurisdiction, with exclusive constitutional authority over felony criminal cases, family law cases, equity matters, and other actions. Additionally, Judge Sweat serves as Chief Judge for the Western Judicial Circuit. Judge Sweat also presides over the court docket of Treatment and Accountability Court. This court provides an intensive supervision alternative for persons who have been charged with a non-violent criminal offense which is informed by their mental illness or disability.