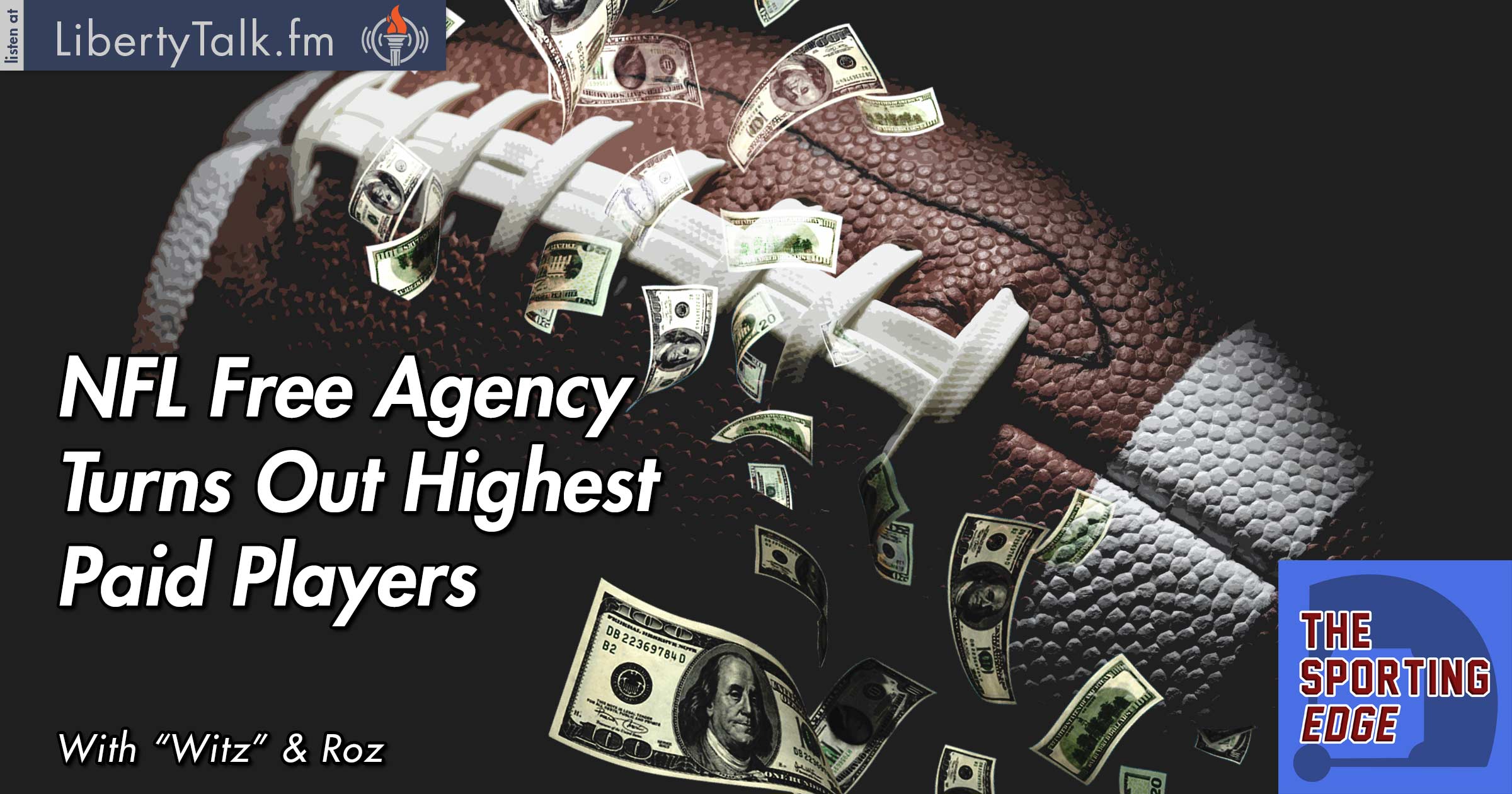 Roz and Witz start off this week’s Sporting Edge with some talk about NFL free agency. Eric Berry becomes the highest paid defensive back in the league with a contract worth $40 million guaranteed. Berry is a staple of the Chiefs defense and the duo definitely think it was a good move. Now it’s up to the Chiefs to keep the rest of their defensive core together.

Antonio Brown becomes the highest paid wide-out in the NFL with a new 4 year $68 million contract. He surpasses Julio Jones and AJ Green for the top spot. The Steelers also put the franchise tag on LeVeon Bell to keep their formidable duo together. Where will Alshon Jeffery end up? Probably not back with the Bears as he publicly mentioned he wants to play for a contender.

A new segment is born! Roz takes a trip down memory lane with some of the greatest buzzer-beaters of the season along with a couple oldies. He asks Witz if he thinks he would make the shots in each respective situation and to Roz’s surprise, Witz states he would make 3 out of the 7 shots. Not bad for a 24% lifetime shooter. The segment takes us all the way back to Jimmy V and the NC State championship game.

Kevin Durant becomes yet another casualty in this NBA season. Witz thinks the Warriors will be fine, reminding listeners that Steph Curry has been in this situation before. Kyle Lowry goes down for the Raptors and makes for an even more boring Eastern Conference that seems likely to end up with two teams at the top, the Celtics and Cavaliers. The lull period is almost over! Major League Baseball and Bracketology comin’ your way next week!