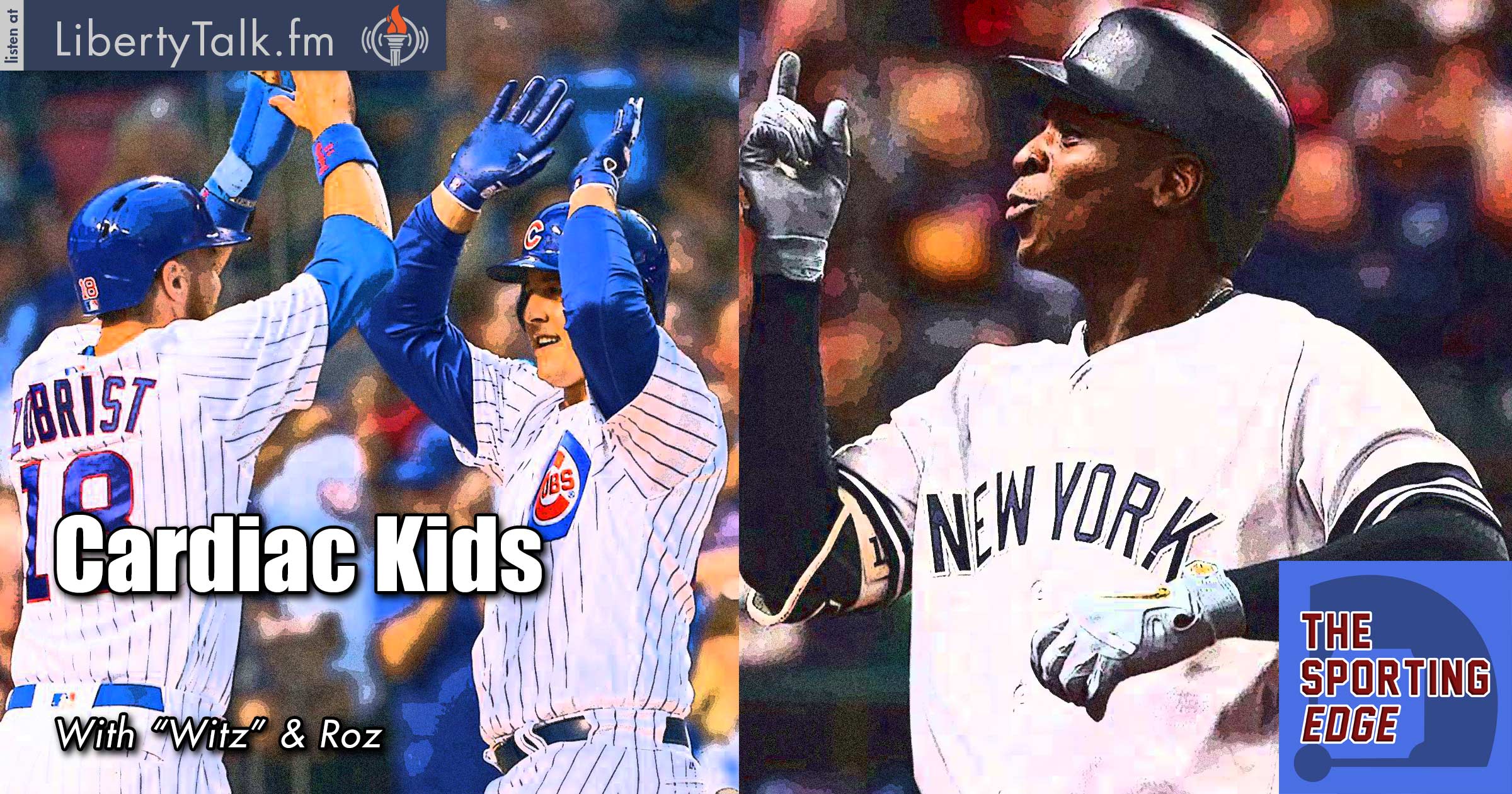 The Yankees climbed back from a 2-0 deficit against the Indians, a team that was thought to be the best in baseball. C.C. Sabathia showed that he’s still got it and gave the Yankees exactly what they needed in the final game of the ALDS.

The Dodgers cruised to victory vs. the Diamondbacks in the NLDS behind strong performances all around. Now they will face a true test in the defending World Series Champion Chicago Cubs. Will this be the year that Clayton Kershaw gets the Dodgers over the hump? Witz and Roz think not. Witz is taking the Yankees in the ALCS while Roz is sticking with his Astros.

The NFL continues to confuse even the most experienced gamblers, Witz and Roz included. One team that has really come to play this year is the Philadelphia Eagles. They took down Cam Newton and the Panthers on TNF and are a robust 5-1 this year in a weak NFC East. The Steelers ended Witz and Roz’ hopes in their survivor pool last week as Big Ben threw 5 picks and endured the worst game of his career vs. the Jags.

Clemson and Alabama continue to prove that they are the best two teams in college football. Former #3 Oklahoma absolutely folded vs. the Iowa State Cyclones behind a quarterback that had never started a DI game. Michigan dropped a big rivalry game to Michigan State and now find themselves all the way down at #17. TCU is still undefeated, but find themselves traveling to Kansas State in a tough matchup with the Wildcats. Stay tuned for more analysis next week!