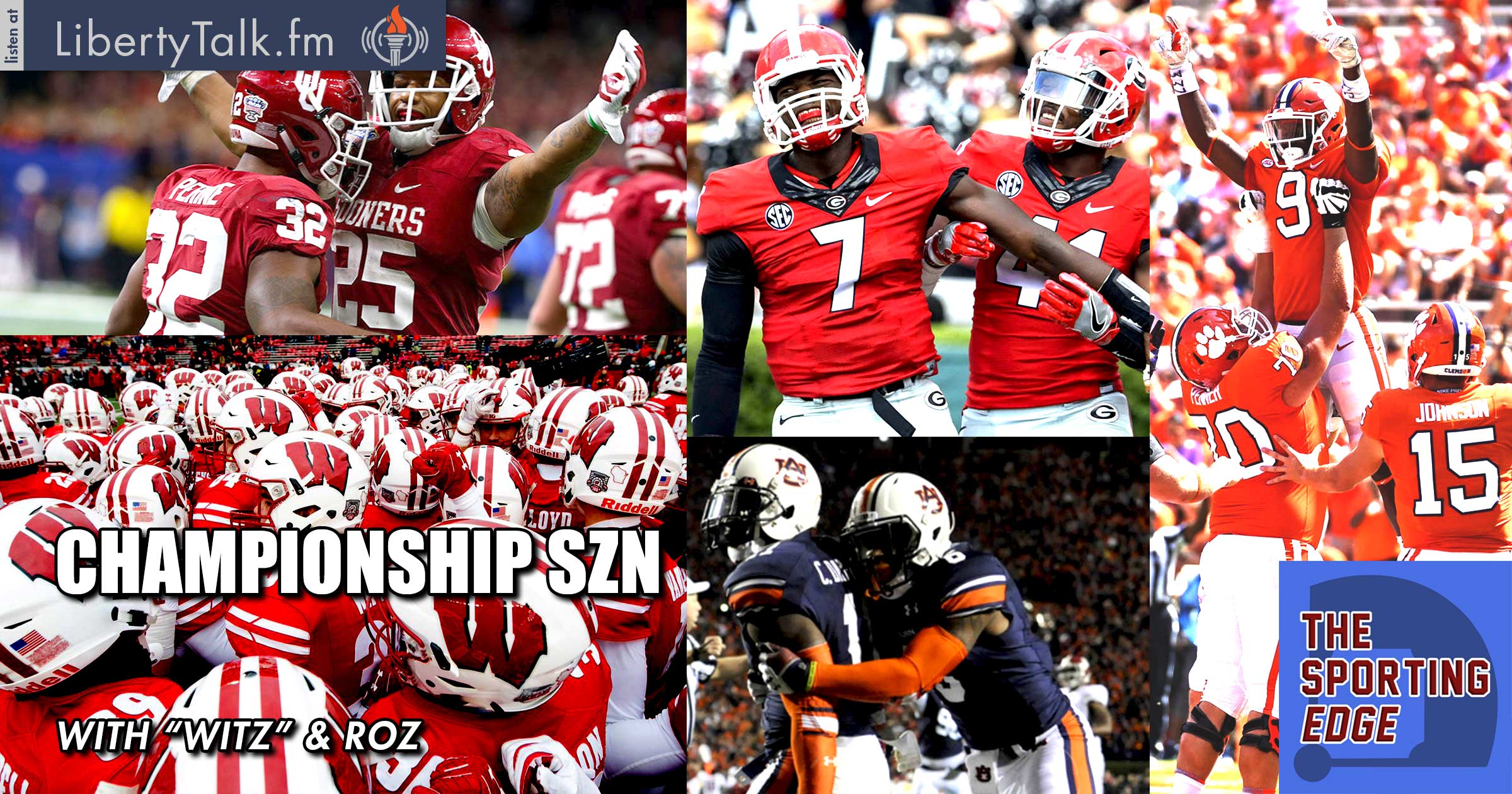 Witz and Roz hop back on the interstate trend as Witz is on the road from Tempe to Las Vegas. It’s conference championship season and this is the week that will decide the college football playoff and kick off a great bowl season.

The SEC championship looms large for the playoff hopes of a Georgia team that hasn’t been able to win the big game in a long time. Roz thinks they pull it off as this is their second time facing Auburn this season. Witz sees things differently and believes that the hottest team in college football will continue the streak.

Wisconsin is on the doorstep of their first playoff berth and they get the Buckeyes and a banged-up J.T. Barrett standing in their way. Could this be the year? Witz and Roz certainly think the Badgers have a chance.

As bad as Witz wants to see Alabama in the playoff, there are no guarantees for them as they will not get a chance to compete for the SEC championship. Oklahoma and Clemson both control their own destinies and Roz thinks Baker Mayfield and the Sooners will not only win the Big 12, but the whole damn thing. Stay tuned for next week!