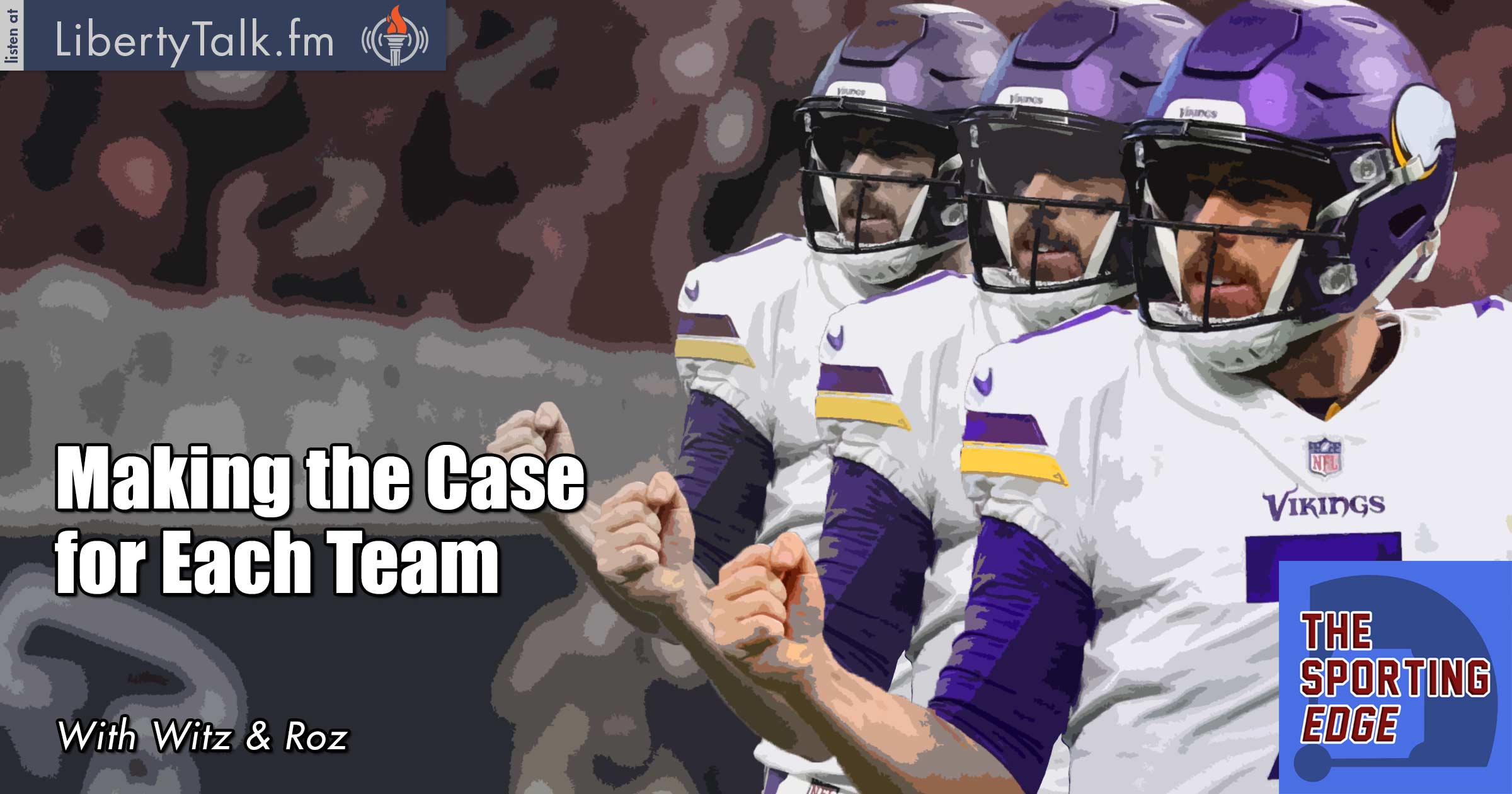 This week on The Sporting Edge, Witz and Roz are officially on the full-time Skype grind. Roz gives the listeners an update on his life in LA and the only noteworthy thing so far is that he got to play basketball against the famous rapper Wale!

The NBA All-Star game is right around the corner and the format is a bit different as team captains are getting to draft their teams this year. Roz and Witz do a draft of their own.

We’re past the divisional round and onto the AFC and NFC championship games respectively. The Vikings pulled off an absolute miracle against the Saints and find themselves matched up with a hungry Eagles team.

The Jaguars played some inspiring football against the Steelers last week and capped off their win with a Jalen Ramsey interception. The Titans 7-0 vanished almost instantly against the Pats, who ended up winning 35-14. Pats vs. Jags, didn’t see that coming! Stay tuned for more updates next week.