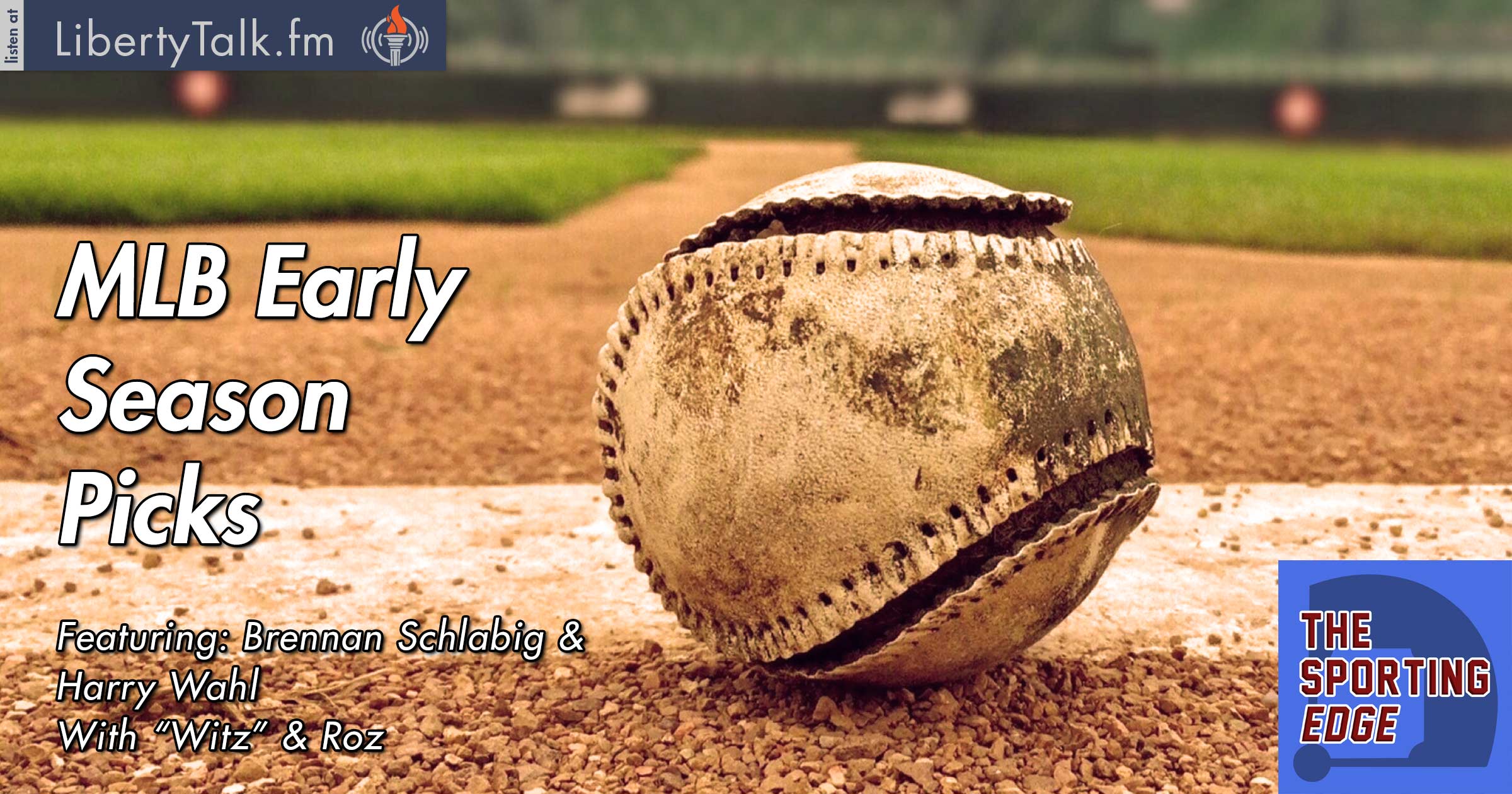 This week on The Sporting Edge we bring the radio experience to the fans! We celebrate our first fan appreciation week. Witz and Roz kick off the episode with their long-awaited baseball takes, as we have reached the 10% mark on the season. Witz breaks the hearts of Chicago with his New York Mets pick to win it all. Roz Keeps his cool and plays it safe with the favorite Chicago Cubs. The NL Central, AL Central, AL East, and NL East, are the focus of Witz and Roz’s early season recap. Before we let Witz escape from the studio to head to Nashville, we pulled out his NL and AL early season picks.

Brennan Schlabig joins Roz as the first fan guest on the show. Brennan resides in Columbus, Ohio, and brings a fresh new energy to the NBA playoff discussion. Roz and Brennan break down the Western Conference first round with many of the same opinions. They pick the Clippers, Warriors, and Spurs to advance respectively, only differing when it comes to the Rockets and Thunder series. Brennan takes it to Roz on why James Harden has been more impressive and tells Roz to take it easy when it comes to calling Westbrook the MVP. Brennan reveals his picks to The Sporting Edge listeners so stay tuned.

Roz continues to take on The Sporting Edge without Witz, and all though he feared he might be lonely the powers that be sent Harry Wahl to The Sporting Edge studio. Harry Wahl hails from Cincinnati, Ohio and is the second fan guest of the week. While for the most part Harry and Roz educate the listeners about the Eastern Conference side of the bracket they do slip into a little roast session of the New York Knicks, leading to Roz offering his services as a producer to create Keeping Up with the Knick. Harry and Roz both feel strongly about the Cavs making it to the finals out of the east, but lots of love was shown for the Washington Wizards.

Roz demonstrates early and often that he is second to none when it comes to picking postseason matchups, following up his 9-2 NFL postseason he gave the world his bold prediction that the Bulls would take down the Celtics. Harry sits and bares the gloating from Roz before returning to more important matters, the NBA playoffs. This week provides a lot for the listeners, showing them the opportunity is there to get on the show. Roz and Witz recommend messaging through Facebook, on their brand-new page. Roz also wants to wish his two sisters Caitlin and Erin Rosenzweig a very happy 18th birthday! THIS IS THE SPORTING EDGE.