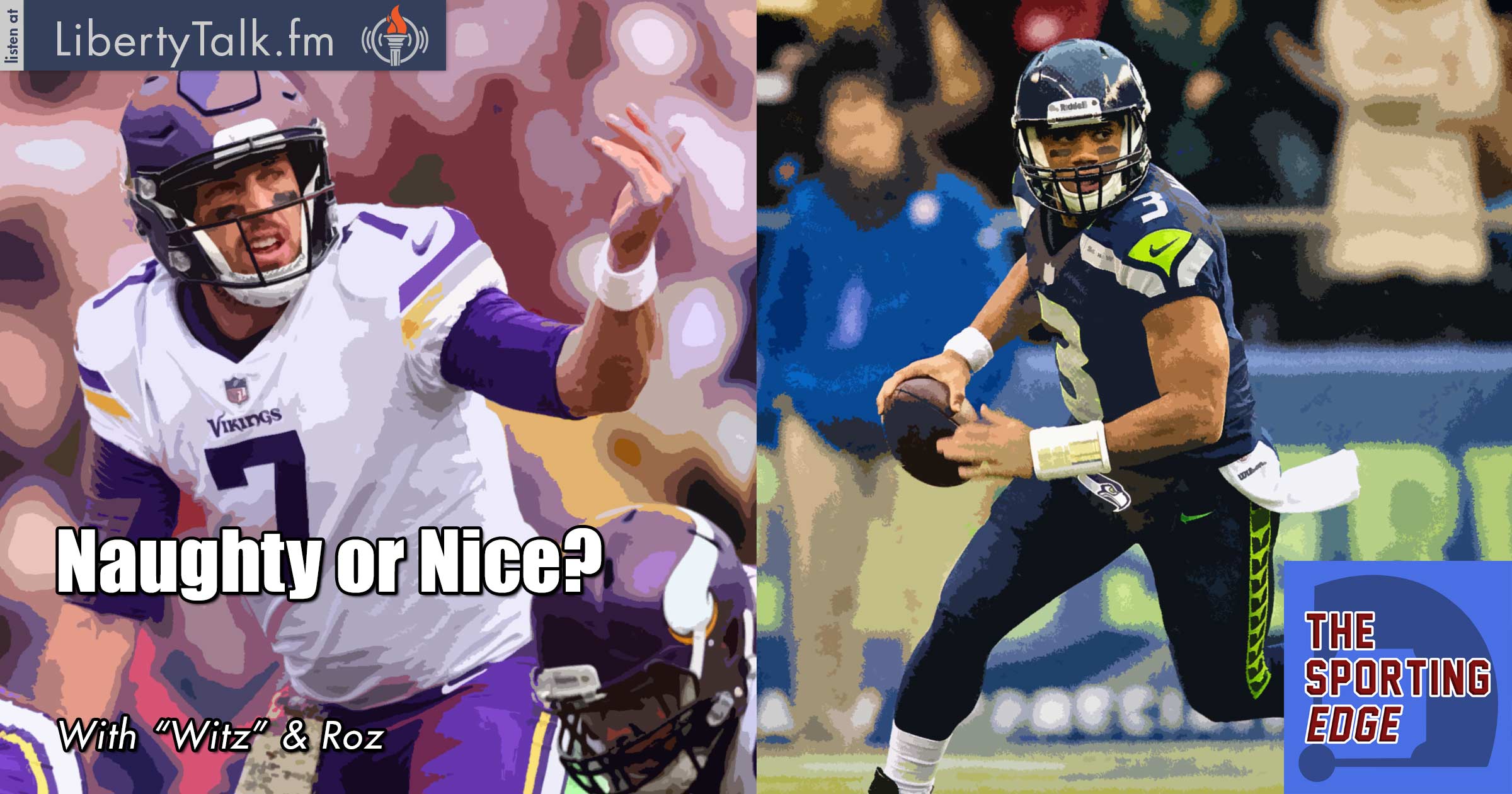 This week on The Sporting Edge, Witz and Roz are joined by the one and only super fan of the show, Jared Rubin! The crew dives right into the NFL playoff picture and how things are shaping up in both the NFC and the AFC.

Roz doesn’t see much to worry about in the NFC now that his Packers are throwing in the towel. He does think that the Seahawks have the best chance to get to the Super Bowl even as they’re fighting for that last wild card spot.

Rub gives some hot takes on the NBA season so far, and mentions the massive amount of young talent that is making the league bearable to watch this year. The Warriors are still the clear-cut favorite in his eyes, but he does give some cred to the Rockets as they’ve been one of the hottest teams in the league with the Harden-Paul duo.

MLB trade talks are in full force. It looks like Manny Machado is staying put in Baltimore for the time being, as they’ve said the offers they’ve received aren’t nearly enough for the young superstar. Evan Longoria is the biggest name to move so far as he ships off to San Francisco to try and right the Giants ship in 2018. Stay tuned for more updates next week!