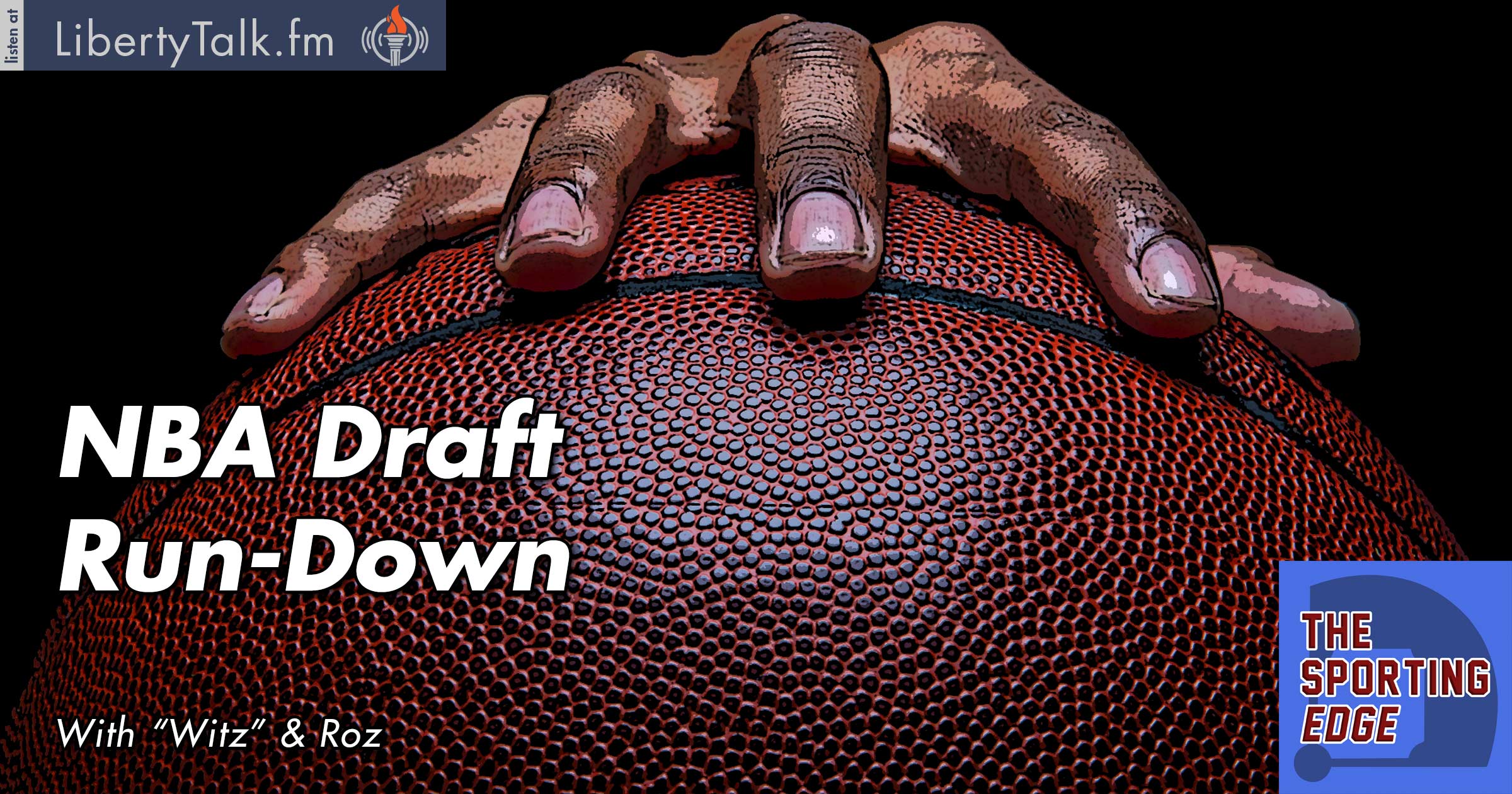 Witz and Roz break down the very exciting NBA Draft. The first three picks went basically as expected with Fultz going No. 1 to the 76ers, Lonzo going No. 2 to the Lakers, and Jayson Tatum going No. 3 to the Celtics. There were some other big trades that went down in the first round and our hometown Chicago Bulls were involved with one of them, landing Lauri Markkanen, the 7-footer from Arizona.

The Bulls officially signed their death warrant for next season by getting rid of their best player, Jimmy Butler. They landed Zach Lavine and Kris Dunn in return, but it will certainly not be enough to compete in the NBA. On the other hand, the T-Wolves look like a team to be reckoned with in the near future as they added Jimmy Buckets to a young core of superstars, Andrew Wiggins and Karl Anthony Towns.

Congratulations to Brooks Koepka for winning the 2017 U.S. Open. Koepka finished 16 under at Erin Hills to take home the grand prize. Hideki Matsuyama and Brian Harman finished tied for 2nd, with Brian Harman actually needing to sink his bogey putt on the 18th for $500,000 to complete the 2nd place tie. Roz and Witz debate what Tiger Woods means for the game of golf.

The Astros continue to fire on all cylinders as they became the first team in the MLB to reach 50 wins. The Red Sox-Yankees rivalry is finally here to stay and Witz comments how this is the best-case scenario for the game of baseball. Roz breaks down the NL West, far and away the best division in baseball. The Rockies, D-Backs, and Dodgers are going to be battling all season to see who can take the division crown. See you next week!