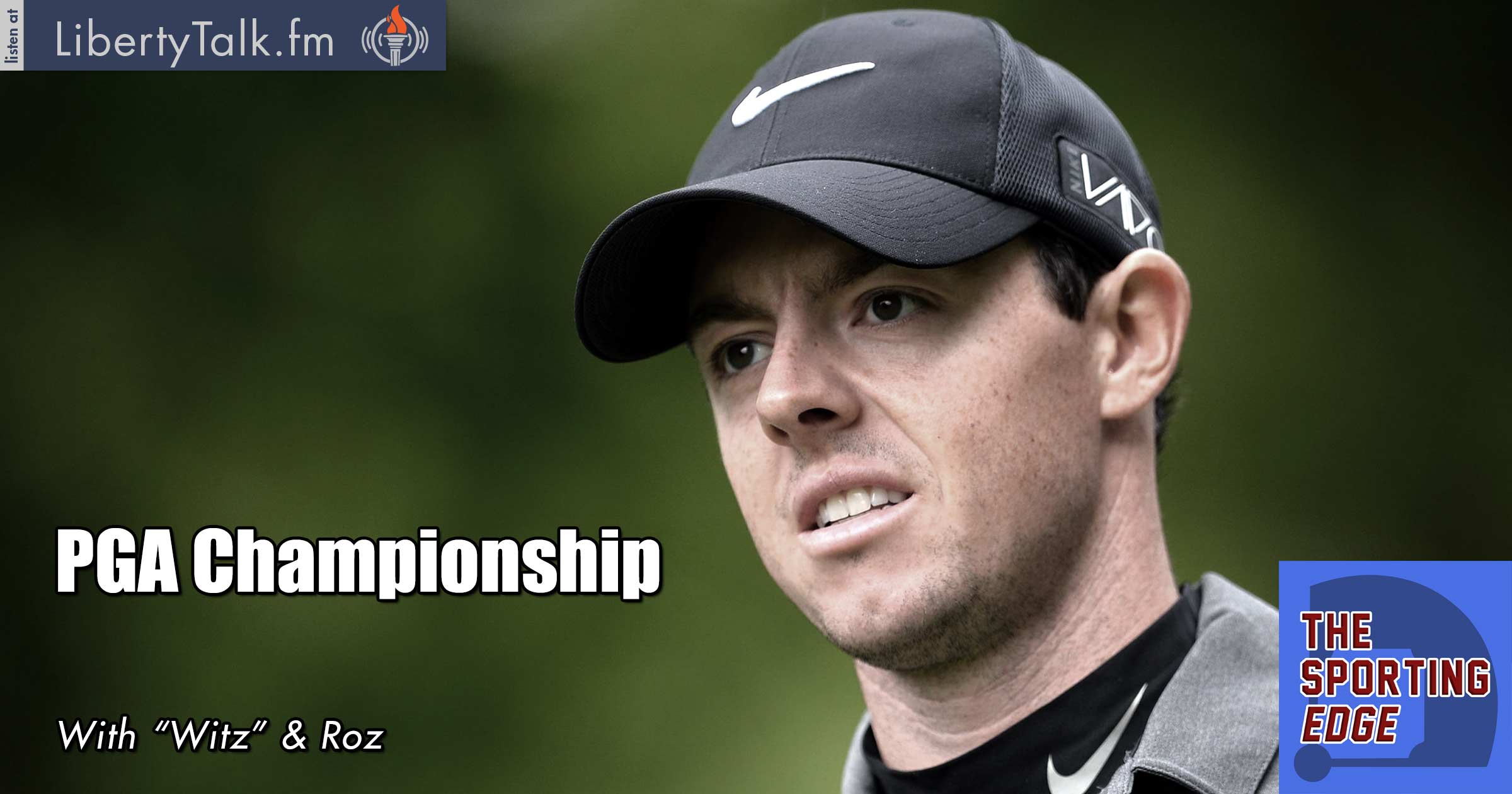 Jared Rubin joins the show again this week to discuss the PGA Championship. Quail Hollow is a bomber’s paradise, which makes guys like Rory and Dustin very interesting. Rory enters the tournament as the favorite at 7/1 along with phenom Jordan Spieth.

Witz talks about a dark horse that he really likes in Tommy Fleetwood. Fleetwood has disappointed in majors so far this year but something’s got to give! Roz gives Tony Finau as his sleeper pick while Rub brings up Alex Noren, a guy who has been ranked in the Top 10.

Tight ends are on this week’s breakdown and sitting atop tier number one is a name we are all too familiar with, Rob Gronkowksi. All three hosts agree that Gronk could end up with insane numbers, but the injury risk just isn’t worth the first or second pick it’s going to cost.

Roz praises Greg Olsen for being the most consistent tight end in the league over the past four years, while Witz talks about Travis Kelce on that same note. Rub has his eyes on Jack Doyle in the later rounds as the Andrew Luck and the Colts should have plenty of opportunity to throw the ball around this year. Stay tuned for more updates next week!