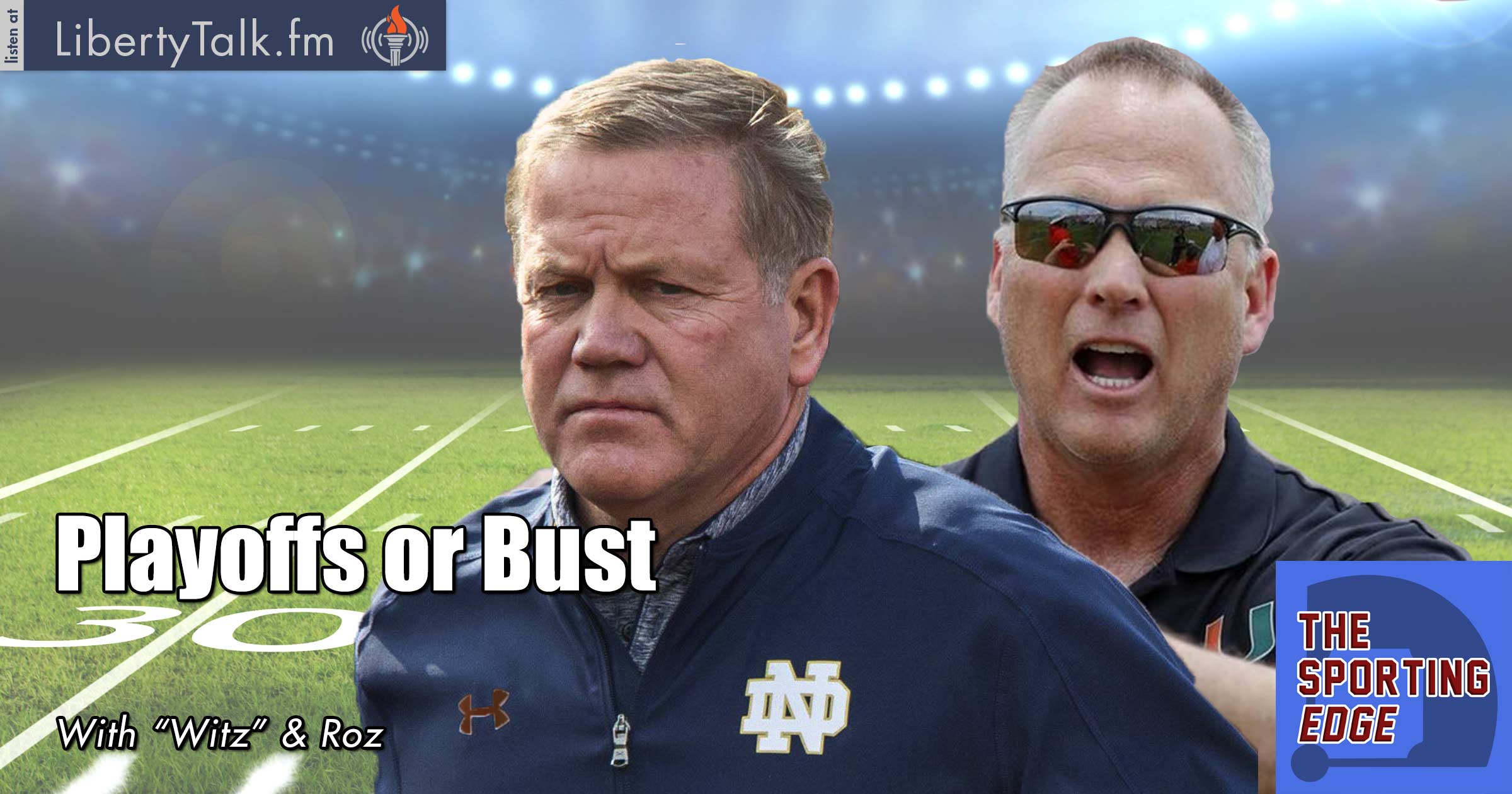 A Week Full of Matchups

Witz and Roz dive right into college football and the major implications this week offers. We’ve got some unbelievable games on the slate including #6 TCU vs. #5 Oklahoma, #1 Georgia vs. #10 Auburn, and #3 Notre Dame vs. #7 Miami, just to name a few. Will the Bulldogs finally get over the hump? Will Mark Richt be able to do the same against Brian Kelly and the Fightin’ Irish?

Wisconsin finds themselves with probably the easiest road to an undefeated season out of any team remaining in the Top 10. Clemson is holding on to the #4 spot, but barely. Oklahoma can make a big statement this weekend if they knock out TCU, another 1-loss Big 12 team.

The NFL becomes more riddled with injuries every week. The Seahawks lost Richard Sherman for the season on TNF, one of the many players who has spoken out against Thursday games. The Saints and Bills have the biggest matchup of the week as both are in a major fight to make the playoffs. The Patriots have slowly come around and find themselves at 6-2, while the Eagles remain atop the league.

LeBron and the Cavs are still struggling to find their form. The Grizzlies have the top spot in the CBS Sports Power Rankings right now, but there are a lot of teams nipping at their heels. The Warriors are 9-3, but Steve Kerr thinks they have a long way to go before they try to defend their championship. Ben Simmons continues to dominate and is the favorite for Rookie of the Year as it sits right now. Stay tuned for more updates next week!