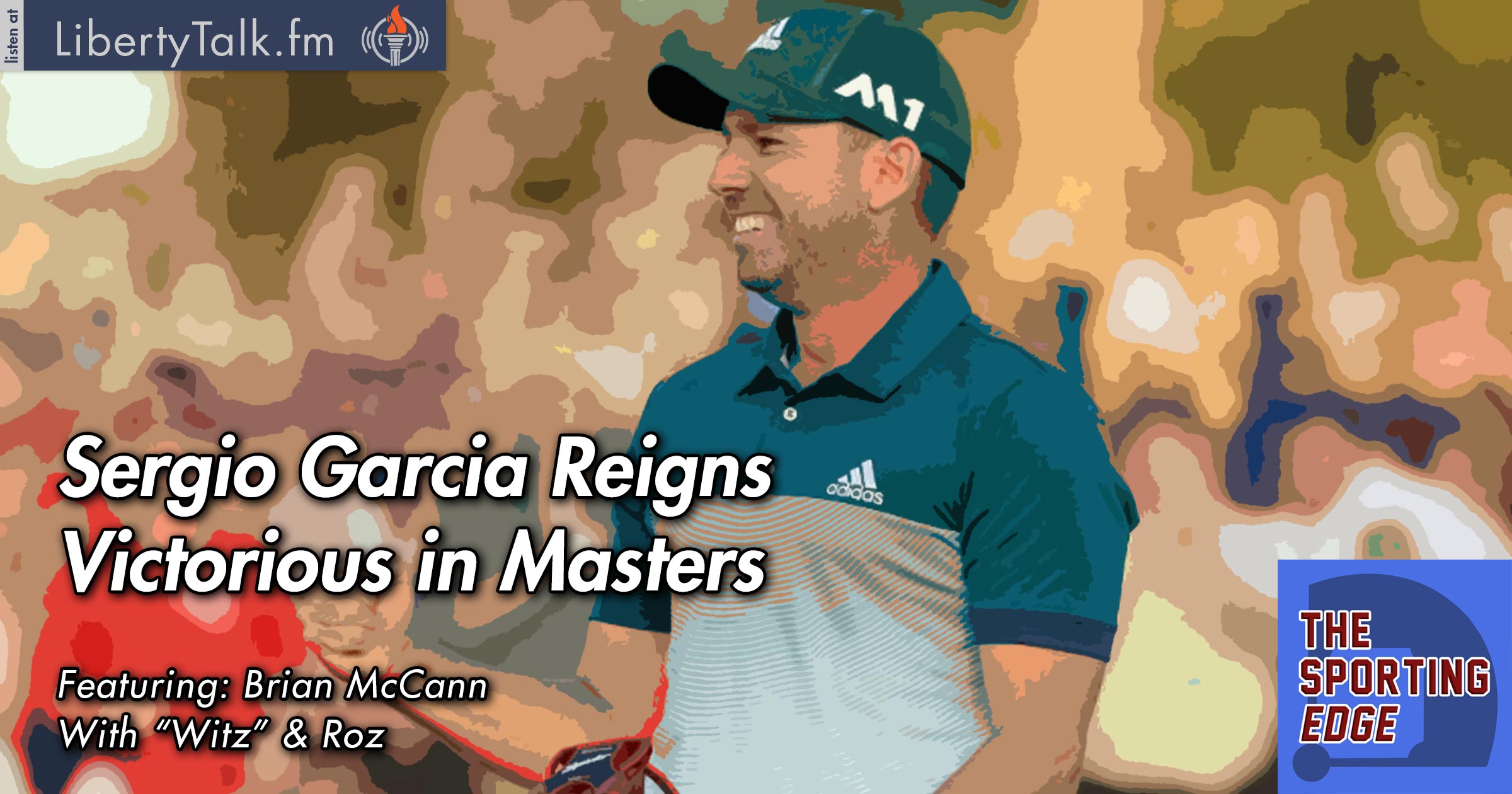 Masters Sunday was one for the record books. In his 74th major start, Sergio Garcia took home his first major and finally relinquished his title as “The Best Player Ever to Never Win a Major.” It took 73 holes to determine a winner in this one. Justin Rose had a commanding lead after 12 holes, but the par-save of a lifetime on 13 and an eagle on 15 propelled Sergio to the green jacket. Perhaps it’s a coincidence that Garcia’s 18-year-long struggle against the golf gods, his seemingly insurmountable fight to exorcise the demons of major championships gone by, culminated in a hard-fought Masters victory on what would have been the 60th birthday of Garcia’s hero, Seve Ballesteros.

The Sporting Edge is joined by a very good friend and Deerfield native, Brian McCann. Brian currently attends Saint John’s University and has been a part of their wrestling program during his four years there. He is a psychology major and cross-fit trainer and has a passion for working with people. Brian details his wrestling and football career at Deerfield High School as well as at St. John’s, as well as how he came to be team captain of the wrestling team despite having injury-riddled junior and senior seasons.

Brian displays his charismatic personality and talks about his passion for improv comedy. Brian discusses the multiple paths he’s willing to take after graduation whether that be in sports, comedy, or psychology. Roz promotes Brian as a great fit for Second City, one of the most well-known improvisational comedy troupes in the country. He wants to start his own business one day with an emphasis on psychology due to his love for training and motivating people. Brian’s dedication, passion, and outgoing nature are what drives him to be successful, and he absolutely will be.

The yawn of the NBA regular season is finally over, and it’s playoff time. The Celtics overtook the Cavs for the No.1 seed in the East, matching up with our very own Chicago Bulls in the first round. Roz thinks the Bulls just might have what it takes to take down Boston. Witz offers his insight on the Western Conference and why he thinks the Spurs will take down the Warriors, and eventually become the 2017 NBA Champions. Rockets vs. Thunder should be the most exciting series in the first round, with MVP candidates Russell Westbrook and James Harden squaring off in the 3-6 matchup. Stay tuned for some playoff updates and Major League Baseball next week!