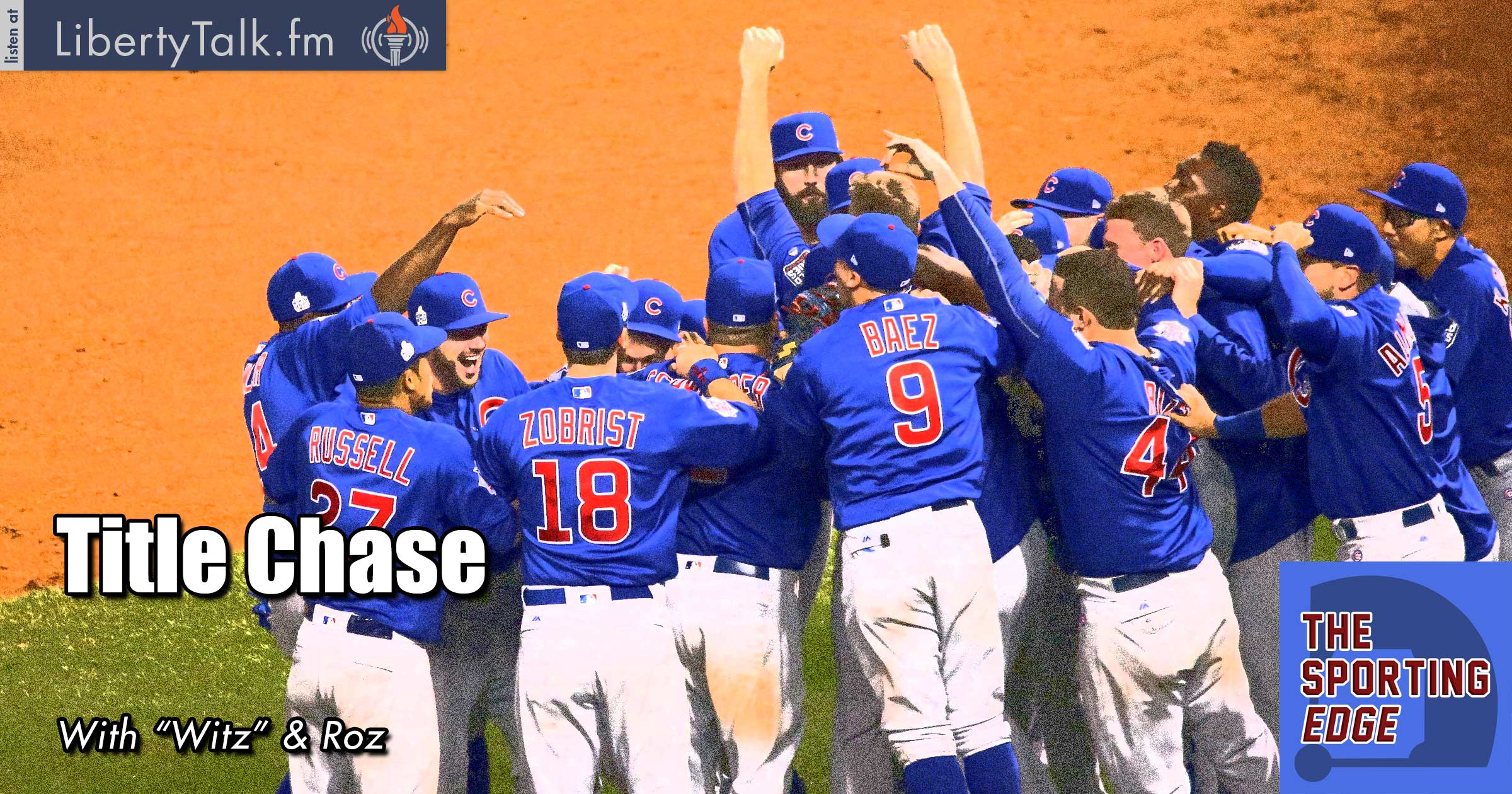 Cubs Face Off Against the Nationals

The sporting world is firing on all cylinders as the NHL and NBA preseason were added to the action this week. MLB playoffs are off to an exciting start with two great wildcard games. The Yankees and Diamondbacks prevailed over the Twins and Rockies and now find themselves in two tough division series. The Cubs face off against the Nationals in the NLDS, and Witz and Roz both think they make a trip back to the World Series again.

Roz’ early season prediction of Cubs vs. Astros is still alive and the Astros absolutely dominated the Red Sox in game one of the NLDS. Chris Sale was simply not good and Justin Verlander continued his winning streak with the ‘Stros. The Cleveland Indians put on a show in their first game against the Yankees as Trevor Bauer dominated for six innings and they came away with a 4-0 win.

Tennessee has been returned to the store by Witz and Roz by getting outscored a million to one the last couple weeks. Georgia has looked awfully good so far this year, but will they prevail against top competition later in the season? Washington State pulled a big one out against the Trojans, and Sam Darnold continues to disappoint. Clemson looks poised for another championship run, and we could very well see a rematch with Alabama this year.

Andy Dalton has finally turned things around for Witz and the Bengals stomped on the Browns 31-7 last week. Witz is sticking with his Bengals -3 at home vs. the upstart Buffalo Bills, while Roz is taking the other side of the game. The Rams continue to impress behind MVP efforts from Jared Goff and Todd Gurley. This was not a good week for kickers as the Chargers parted ways with Younghoe Koo, and we should see the Tampa Bay Bucs do the same as Nick Folk was 0/3 in a huge game against the Pats on Thursday night. See you next week!